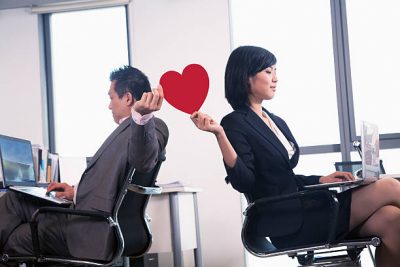 Are you contemplating dating a co-worker?

You’re obviously not alone! In recent times, more and more people are trying to start a relationship with a co-worker.

The reason why this happens is that many young professionals are spending almost all their time at the office.

So they have less time to go out and meet new people. It is natural to seek friendship and companionship from colleagues.

But sometimes, this friendship transforms into a relationship that in most of the cases fail.

There are many risks that make this very difficult to maintain.

A lot of people don’t know about this before they start a relationship.

If you are a very busy person who spends all your time in an office, and you’ve decided to date a co-worker, take a closer at everything you need to know about office romance.

Office romance could be exciting if everything works out well for both parties involved.

But for some people, dating a co-worker doesn’t usually end well and I’m one of those people.

But, we are all different people and your experience could be much different from mine.

People find love in unexpected places and you never know where you will meet your one true love.

If you really want to give it a try and date a co-worker or if you’re already dating a co-worker, here are 11 things you need to know before getting involved with your colleague.

11 THINGS YOU NEED TO KNOW WHEN DATING A CO-WORKER 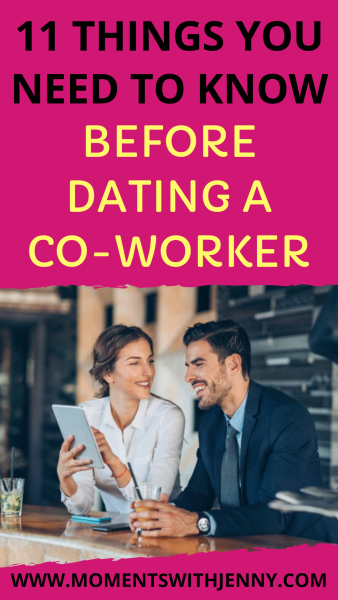 1. Make sure your co-worker is single:

The first thing you need to do before diving into any relationship with your co-worker is to verify that he is actually single.

Ask him directly about his relationship status and do some background check on him to make sure he’s not seriously involved with anyone else.

Don’t skip this step because it’s going to be disappointing and heartbreaking to get involved with a colleague and find out a little bit too late that he has a girlfriend.

So, do your homework thoroughly and only accept to date him if you’re sure he’s single.

Before you ask your co-worker for a possible date, check if your company has an employee dating policy.

The company may have strict rules about any relationship that forms between you two.

You should also think about how much you are wiling to risk your career for this relationship from the beginning.

When you decide you want to date a co-worker, start off as friends first and keep the relationship casual.

Try not to mix business with pleasure especially during office hours.

It could be tempting to steal a few kisses in the hall but it’s not safe because you’ve not laid a strong foundation for a healthy relationship.

If you want to have a healthy relationship with your co-worker, remain friends with him until both of you are ready to commit to an emotional relationship.

Getting under the sheets shouldn’t be the main focus of your relationship except you’re just looking for a ”no strings attached” affair.

When you’re in a new relationship, there is a tendency to rush things so you can get to a stable and committed level fast.

If you rush things, it will backfire in the end. Take things slow and make sure you’re ready to move from one stage to another.

Take your time and get to know each other well before diving into a serious relationship. Be patient and nurture your relationship to fruition.

Give yourself time to think about what you really want and why you want it.

5. Be serious with your job:

While you’re busy bonding with your co-worker, don’t forget to do your job. Remember what brought you there in the first place.

Don’t become so engrossed with your colleague that you forget your assignments and deadlines.

Don’t be tempted to spend too much time with him in the office. Know where to draw the line in your romance.

Create time after work hours to spend time together so you don’t neglect your duties at work.

It’s not really worth it risking your job for a relationship that may get sour in the end.

Even if it doesn’t get sour, you will both be seen as being unprofessional in the workplace. 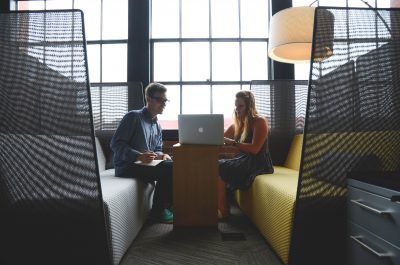 When you start dating a co-worker, it’s essential to keep your relationship secret from the public until you’re ready to let everyone know.

Be confidential about your relationship in the early stages.

Don’t go around announcing your new relationship to your fellow co-workers the minute you start dating.

Allow your relationship to grow for a while before confiding in anyone in the office.

Since you’re not sure where the relationship is headed yet, it’s better to keep your romance secret at first.

Give it about a month or two before telling everyone. It’ll be better that way.

If you really want your relationship to work, don’t expect too much from your colleague.

If he can’t openly express his affections for you in the office, don’t force him to do it.

He will involve you in the bigger picture when the time is right. Don’t push him too hard for commitment.

Don’t try to play mind games with him or force him to commit to you when he’s not ready.

And don’t expect him to marry you 6 months after you start dating.

Men usually take a while before they commit to any woman unless you’re really special and he falls hopelessly in love with you.

8. Always communicate with each other:

A relationship could go sour pretty fast due to a lack of communication.

Try to communicate your feelings to each other so you’ll both be carried along.

Don’t assume that he knows what you want since you spend so much time together.

Be honest and transparent in everything you do. Tell him exactly how you feel and what you’re thinking to avoid unnecessary fights.

Communication is the backbone of every successful relationship. Learn how to communicate effectively.

While you’re busy enjoying your co-worker’s company, don’t forget to follow your instincts.

If you feel something doesn’t feel right, talk to him about it. If you sense he is hiding some things from you, ask him about it.

If you hear suspicious talk about him in the office, verify the information before confronting him.

Always involve your heart and your mind in any relationship you get into to.

Your instincts will never mislead you; learn to listen attentively and follow any nudging you get.

It’s pretty normal for a relationship to start off great and suddenly get cold or distant.

If you stop feeling the relationship, don’t force it to go on.

If you date him for at least a year and you don’t feel excited or passionate about your co-worker, it could be time to let things cool off.

Not all relationships lead to marriage so know when to let go of something that is no longer working.

Don’t remain stuck in an unhealthy relationship simply because you don’t want to be single.

If you don’t let go of what you’re currently holding, something better won’t come along.

11. Even if your relationship ends, remain professional:

If things turn sour at any point in your relationship, don’t behave irrationally.

Don’t allow your broken relationship to interfere with your behavior in the office.

Even if you’re no longer dating your co-worker, be polite and professional at work.

If you can’t handle the tension between you and your colleague, it would be advisable to quit your job and find something else so you can get over the breakup fast.

Dating a co-worker could be so much fun especially when you spend a lot of time together at work.

But, if you don’t play your cards well, you could end up resenting your colleague and the office environment would become chaotic.

Just be careful about how much pleasure you are mixing with business!


Have you ever dated a co-worker? How did it turn out?

5 Signs You are Dating a Keeper