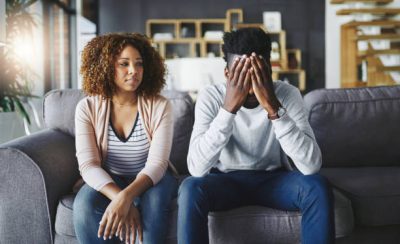 No relationship is 100% perfect. We all have our days of ups and downs when things change significantly.

Sometimes, there is nothing more you can do to stop your relationship from falling apart except to just try one last time.

You’ve had good times, hard times, and everything in between. You’ve been through a lot together.

And you don’t want to call it quits even though you’re facing difficult challenges.

I can tell you that almost every couple has gone through an obstacle or challenge that they thought would tear them apart but somehow they managed to survive it.

They were able to overcome those hard times because they were willing to work on their relationship and not give up on each other.

That’s how all relationships and marriages should be like; a partnership where you refuse to give up on each other but remain strong to overcome it together as a team.

Working on a relationship can be beneficial and even bring couples closer.

The first step is being willing to honestly look at the issues you’re experiencing and fix them while cultivating positive habits.

It’s easy to fall into ruts of miscommunication, hurt feelings, and bad relationship habits when you’re going through a rough time.

Those bad habits can ruin a relationship and you should avoid them at all costs when you’re trying to fix your relationship.

John Gottman, author of The Seven Principles for Making Marriage Work discovered indicators that a relationship wouldn’t work out.

If you haven’t read it, grab your copy on Amazon now; it has thousands of positive reviews and I’m sure you’ll find it helpful.

In the meantime, find out 6 simple steps to stop your relationship from falling apart.

6 SIMPLE STEPS TO STOP YOUR RELATIONSHIP FROM FALLING APART

1. Turn toward your partner during a crisis

In most relationship issues, it’s often easier to ignore your partner and show that you don’t care thinking that would solve the problem but it doesn’t.

It’s best to make small gestures like reaching out to connect with your partner instead of turning away and sulking alone.

You can also try to start a meaningful conversation, engaging your partner in some fun activities and showing that you care.

If you do this, you can show your partner that you notice them and appreciate them even when you’re at opposite ends.

If you reach out and your partner doesn’t notice or refuses to engage with you, don’t get angry. He might not see the efforts you’re making.

You can kindly explain that you’d like to connect more and that was your way of reaching out to them.

Honesty goes a long way in solving conflict, and so does sharing that you want to make things better.

When you begin a conversation with criticism or statements that start with “always” or “never”, it kills the communication in a relationship.

Instead of saying “You never help with house chores”, start the conversation with: “It was so helpful when you took the trash out last night. Or it would be so nice if you could help wash the dishes tonight”

If you’re hurt or annoyed, start with a polite sentence such as, “Something’s been bothering me and I don’t think I can let it go without talking to you.”

If you want to stop your relationship from falling apart, you have to aim for a positive outcome each time you initiate a conversation.

You’re more likely to achieve it if you start with a team mindset instead of being harsh towards your partner and seeing him as the problem.

Four things that kill relationships faster than anything are criticism, defensiveness, stonewalling and contempt.

No one likes to be criticized. It’s better to say something meaningful or interesting about the action than put your partner down instead of criticizing him.

You could also try showering him with praise for a positive behavior because people usually respond to that better.

Defensiveness is defending yourself or even just explaining your actions when your partner tries to talk to you.

It feels like you’re telling him that you’re right and he is wrong.

Stop justifying your behavior when you’re trying to solve a conflict; listen first then give appropriate answers.

Stonewalling is usually when one partner gives the other the cold shoulder, not talking, or avoiding to interact.

Sometimes the partner will be physically present but totally ignores the other.

These first three bad habits lead to contempt which is like the final blow to a relationship because it only starts to show when the relationship is near breaking point.

Contempt is when someone really can’t stand the other. The person might mock them, roll their eyes, use sarcasm, sneer, gossip, and show outright dislike.

It’s like someone took all of their negative emotions and reactions and simmered them for a long time. You do not want your relationship to get to this point.

Hopefully, you can catch things at an earlier stage. If you see these bad behaviors in your relationship from you or your partner, ask to have an honest conversation.

4. Don’t focus on the negative things

In any situation, if you have a negative atmosphere, you’re not going to be happy.

If everyone at work talks about what they don’t like about the boss, the office, the schedules, and the pay, then everyone is going to feel like it’s not a good place to work.

Tell yourself he has the best intentions, and if he says something that hurt your feelings, just conclude that it was a mistake.

If something happens that feels hurtful, give him the benefit of the doubt. In any situation, step back and ask yourself how you can see things in a more positive light.

This takes practice, but after a while, you’ll be amazed at how your life and relationship will change for the better.

5. Do your best to communicate better

Some couples get to the point that they don’t check in with each other when they are having a misunderstanding.

Don’t stop communicating with your partner simply because you have a problem with him.

Ask meaningful questions that will bring you closer to each other. If you only ask him, “How was your day?” you won’t really know what’s going on in his life.

If you really make efforts to connect with your partner and know what’s stressing him, what he’s excited about, and what he’s trying to accomplish, you’ll enjoy a more fulfilling relationship.

Think of a few unexpected questions to ask. Sit down and explore different topics like:

What’s changed in the last year?

Do you know any new people?

Is the atmosphere at work a good one, and why?

What are you hoping to see happen this year? In the next five years?

Do you have any concerns about life right now?

The point is to reconnect and really understand each other. You might find out that he has been dealing with something that’s been affecting the relationship, and you didn’t know about it earlier.

HOW TO FIX A BROKEN RELATIONSHIP

6. Replace “I understand” with “I see what you’re saying”.

Terminology can make such a huge difference when you think about your words.

If you tell someone, “I understand,” it often annoys them. They don’t think that you do truly understand.

Other things you can say and change the tone of the conversation include:

Implementing these 6 simple steps can stop your relationship from falling apart. It will also help improve communication, connection, and turn things around in your love life.

11 Tips on How to be an Awesome Partner

10 Critical Communication Skills Every Couple Should Have

How To Rekindle Romance With Your Partner