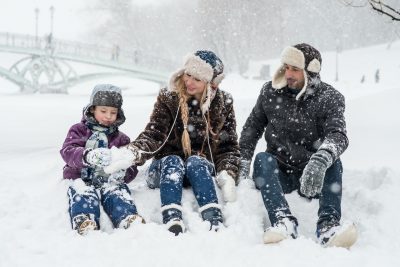 Christmas is coming and it’s all about sharing love together as a family. I really love spending the holidays with loved ones.

If you celebrate Christmas with your family every year, you are probably familiar with the usual traditions that are practiced during the holiday.

From making snow castles to drinking hot cocoa and watching classic movies, spending quality time with your family is important to strengthen close relationships and increase the love.

If you want to make this year extra special for the kids, consider organizing a fancy backyard movie night to give them that feeling of going to the cinema and watching a new film on a big screen.

I’ve prepared a list of classic Christmas movies that would be perfect for a family movie night this cold winter season.

Prepare some warm blankets, cozy sweaters, hot cocoa and maybe some cookies too. 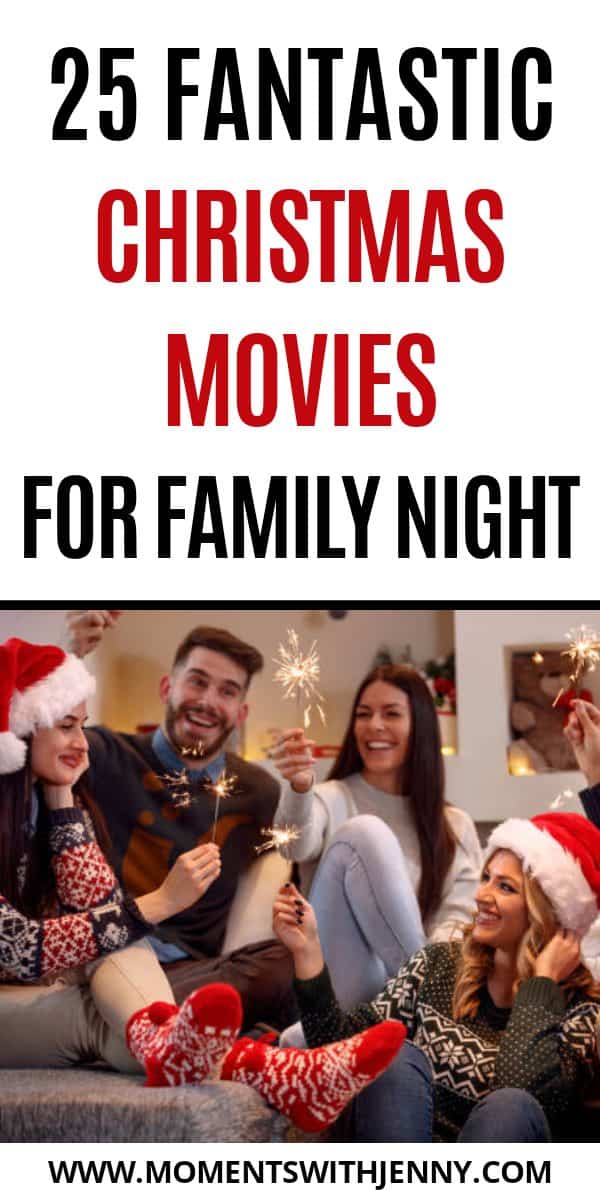 It’s the final days before Christmas in early 1940s Cleveland, and 9-year-old Ralphie wants one thing from Santa Clause more than anything else: a Red Ryder Carbine Action Air Rifle.

This hilarious Christmas film is about a young orphan child who crawls into Santa’s bag and is taken to the North Pole and raised as an elf.

He later finds out that he’s not an elf and goes to New York City to find his true identity.

The Grinch is a celebration of the holiday spirit no home should be without!

Little Cindy Lou Who turns both Whoville and The Grinch’s world upside down in her search for the true meaning of Christmas.

From Walt Disney comes Disney’s A Christmas Carol. Three ghosts take penny-pinching Scrooge on an eye-opening journey, he discovers the true meaning of Christmas — but he must act on it before it’s too late.

Make merry as Chevy Chase, Beverly D’Angelo, Randy Quaid and an ensemble of comedy favorites strive to gift-wrap the “perfect Christmas” for the Griswold family. It’s the most successful of the three vacations.

#6 Christmas With The Kranks

Luther and Nora Krank plan to eschew the Christmas traditions and take a cruise instead.

Their Christmas-obsessed neighbors are determined to win the annual “best decorated street” competition.

#7 Jingle All The Way

Arnold Schwarzenegger returns in a new holiday comedy as a father determined to buy his son that “must have” Christmas toy during a frantic shopping spree on Christmas Eve. 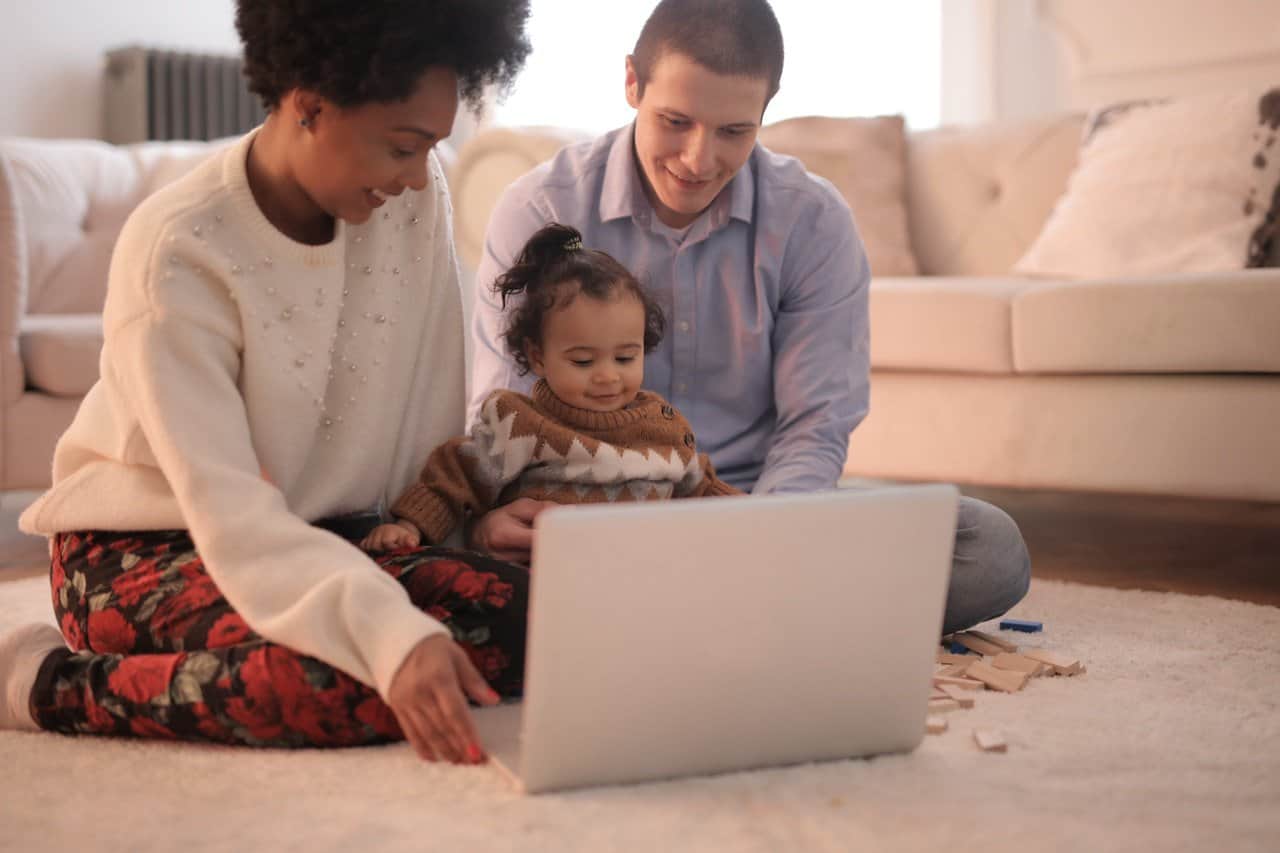 #8 I’ll Be Home For Christmas

Jake Wilkinson has one thing on his mind — get home for Christmas dinner or forfeit the Porsche his father promised him.

Days before his deadline, he awakens in the desert — stranded and penniless, wearing a Santa suit and white beard!

After Karen and her friends build a snowman on Christmas Eve, Frosty comes alive with a little help from a discarded magic hat.

As temperatures rise, Karen must help Frosty get to the North Pole before he melts.

After being told he could not play in any Reindeer Games due to his glowing nose, Rudolph sets out on a journey where he meets Hermey the elf, Yukon Cornelius and a host of Misfit Toys, all while trying to hide from the Snow Monster.

#12 The Year Without a Santa Claus

Feeling forgotten by the children of the world, old St. Nick decides to skip his gift-giving journey and take a vacation.

Aided by a magical snowfall, Mrs. Claus and two elves reawaken the spirit of Christmas in children’s hearts and put Santa back in action.

#13 A Christmas To Remember

A harsh TV personality needs a break from her own life, so she hops into a car and drives to a small town mountain retreat.

On her way there, a blizzard veers her off the road and she crashes. When she comes to, she has complete amnesia and a passerby takes her in.

White Christmas is a 1954 musical film starring Bing Crosby and Danny Kaye that features the songs of Irving Berlin, including the titular “White Christmas.”

The film was directed by Michael Curtiz and co-stars Rosemary Clooney and Vera-Ellen.

How can Santa deliver billions of presents to the whole world in just one night?

With a great army of course! So how could this incredible operation have missed one child?!

To Santa’s young son, Arthur, it threatens to end the magic of Christmas. 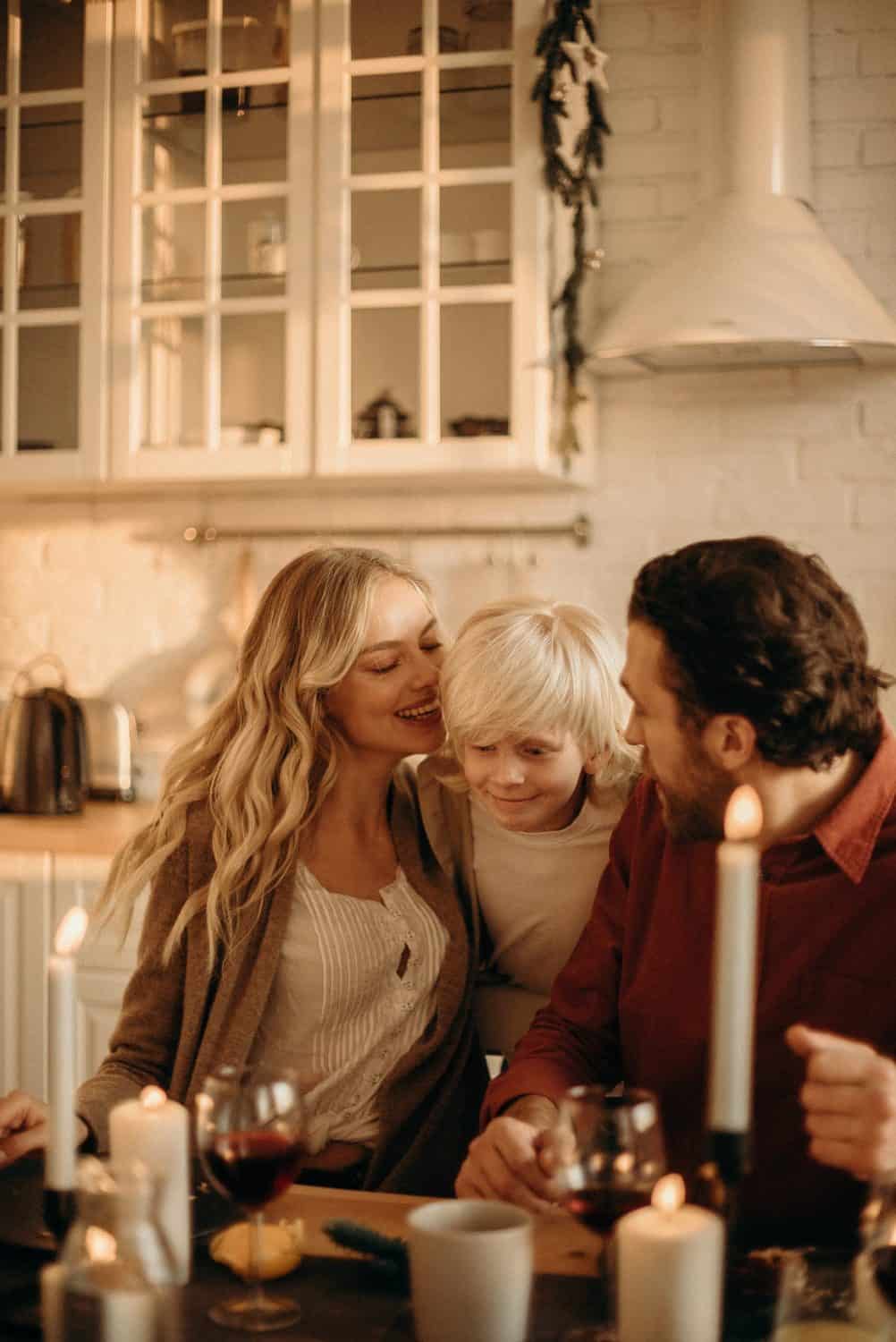 Almost Christmas tells the festive story of a beloved patriarch who asks his family for one gift this holiday season: to get along.

If they can honor that wish and spend five days under the same roof without killing one another, it will be a Christmas miracle.

This year Christmas with the Whitfields promises to be one they will never forget.

Everyone has come home for the first time in years and they’ve brought plenty of baggage with them.

As the Christmas tree is being decorated, secrets are revealed and family bonds are tested.

Madea gets coaxed into helping a friend pay her daughter a surprise visit in the country for Christmas, but the biggest surprise is what they’ll find when they arrive.

As the town prepares for Christmas, new secrets are revealed and old relationships are tested.

#19 The Homecoming: A Christmas Story

Set on a Depression Christmas Eve in 1933, this heart-tugging story centers around the Waltons.

They’re a rural American family preparing to celebrate Christmas together. Though times are tough, love and sharing are abundant in this family.

When Santa Claus decides to retire and pass on his magic bag of Christmas to a new St. Nick, he enlists the aid of a hilarious assortment of characters, including that know-it-all Ernest.

Along the way, Santa and Ernest help a cynical teen experience the season’s spirit like never before.

A 9-year-old girl’s belief in the magic of miracles brings the joy of Christmas to her family and hometown when she finds a wounded reindeer whom she secretly nurses back to health.

On Christmas Eve, 10 yr old Goose hides his father’s car keys to prevent him from going to work. Instead, his mother drives his dad but the delay has tragic results.

A year later Goose, a lost soul, is troubled and searching to replace all he has lost when a mysterious stranger arrives.

An inspiring Christmas story about a single mother who is a talented clothing designer moving back to her hometown after closing her small Manhattan boutique to start life anew with her young daughter.

When identical twin sisters are stuck planning their respective Christmas parties, they’re convinced the grass is greener on the other side.

Deciding to swap lives for the holiday, the lessons they learn along the way may turn out to make this the best Christmas ever.

#25 Beauty and the Beast: The Enchanted Christmas

Share the wonder as Mrs. Potts recounts another “tale as old as time” about a Christmas past that almost wasn’t — thanks to the scheming of former court composer Forte, who is determined to keep Belle and Beast apart forever. 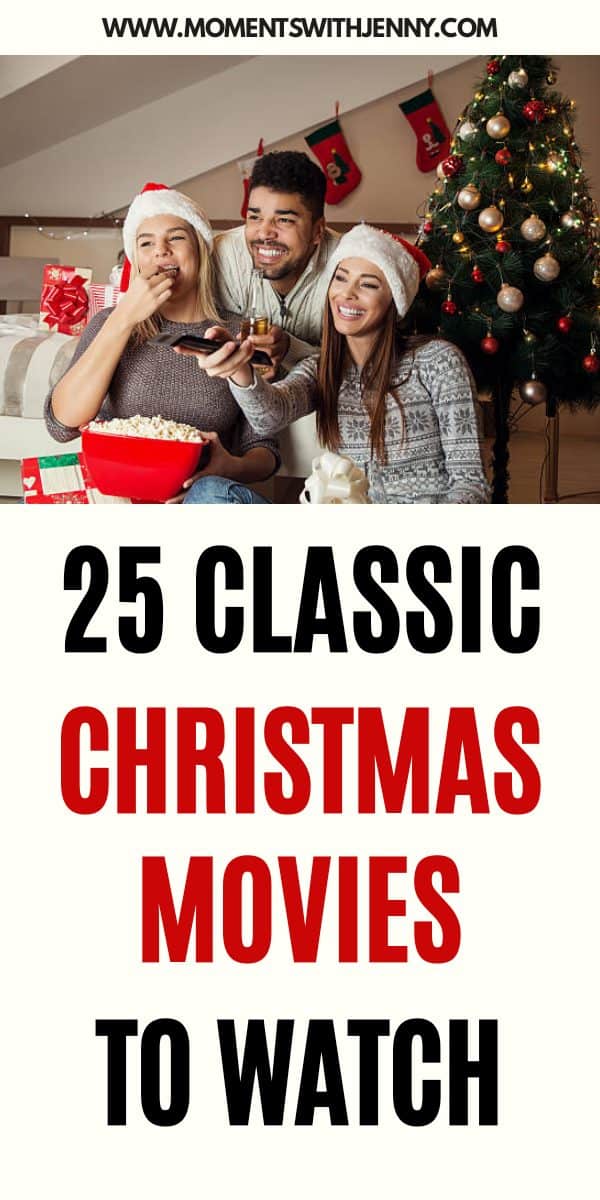 I’ve put together some recommendations for Christmas movies to have on hand for the holiday so that the whole family will enjoy.

These are all classic movies you can watch year after year because they never get old.

Create wonderful memories with your family this year as you celebrate the season together.

12 Unique Christmas Gifts for Him and Her