I was chatting with a close friend the other day and somehow we landed into marriage talk. I wanted to find out why Igbo men never get married early so I started asking him lots of questions.

When I told him I was planning on settling down soon, his reply was “You’re a Lady! We men have a longer way to go.” Trust me, I didn’t leave the matter at that. So, I asked him “Aren’t your mates married?” He laughed and said “Am an Igbo man. It’s not the same for us.”

Our conversation piqued my interest and even after our chat, his words couldn’t leave my mind. I kept thinking of all the Igbo men I’ve met that are still single; I’ve met quite a lot of them. Most of them are husband material (100 yards) but they have no plans to settle down. Their common slogan is “Hustling things”.

If you go down to the North, the Middle belt and the West, you’ll find young married men with children but in the East, it’s a totally different ball game. If you are invited to any wedding in the Eastern part of Nigeria, expect to see a man in his late thirties or even early forties as the groom.

What’s really happening to our Igbo guys in the East? Why are they carrying the “single hood logo on their foreheads? I spoke some people and from the honest answers they gave me, I was able to gather some information. Igbo men never get married early due to some reasons:

An Igbo man doesn’t even conceive the idea of marriage until he has some substantial amount of money in his bank account. The Igbos strongly believe that power and respect come only when you have a lot of money.

They love being well established and financially secure before getting married. They want to have millions, become landlords and own many properties before settling down. So, they wait until they are financially stable before taking a wife and starting a family.

Some Igbo men come from large homes where the adults have to do their best to support the little ones. Because of this, they put off marriage till the family responsibility has reduced.

They wait patiently till their siblings become independent before they move on to have a family of their own. Those who aren’t patient enough go into marriages early and are faced with a large responsibility of taking care of two families. 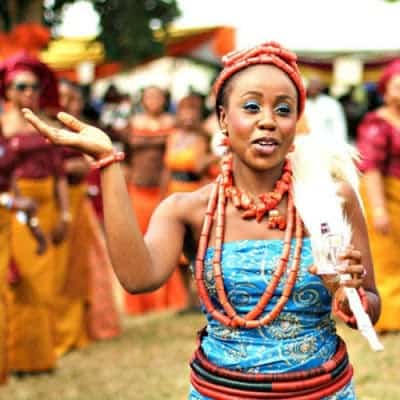 3. They haven’t found the one:

Some Igbo men don’t get married early because they’ve simply not found “the one”. This doesn’t mean that they never have girlfriends or fiancees. The truth is that they don’t tell their girlfriends their plans of becoming rich before marriage.

The girls wait and eventually due to pressure or lack of patience, they move on with someone else. When the Igbo man finally becomes rich, he starts searching for someone who would love him for who he is and not just for his money. We all know how hard that is in this generation.

4. They are not just ready:

As surprising as it sounds, some Igbo men aren’t ready to settle down even when they have made their money. They are too busy enjoying life with the money they have made that marriage becomes the last thing on their mind.

These type of men believe marriage is bondage and they don’t want to lose their freedom. So they remain single and free until their mother starts begging them to find a wife and bring them grandchildren.

Some Igbo men are sincerely afraid of what the future holds for them concerning marriage. After calculating the cost of a wedding, baby food, baby clothes, diapers and maternity fees, they run away from getting married.

They assume they would go bankrupt after their wedding and well, they have worked so hard to earn all that money. So they keep postponing the wedding till they overcome their phobia for marriage.

To all the sisters currently dating Igbo men, kudos to you!!! To those who are successfully married to Igbo men, I say “Congratulations”. If you aren’t dating any Igbo man, try getting one and then you would understand that patience is truly a virtue.

I’m currently dating an Igbo man and it’s not been easy. I’m seriously considering adding ” Endurance or Patience ” to my name one of these days. To those of you who have been wondering why Prince Emeka hasn’t brought palm wine to see your family, I guess you know now.

The ball is in your court; you either move on or you learn how to be very patient, supportive and understanding.

Do you know any other reason why Igbo men never get married early?