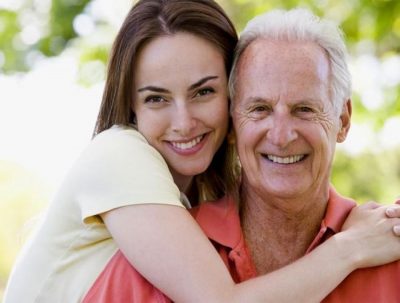 Are you thinking of marrying an older man? There are a lot of factors you need to consider before making your final decision.

Marrying an older man could be fun when you see it from the outside. But when you get in, it may not be the fun ride you hoped for.

If you’re lucky though, it could be the best marriage you’ll ever have. It all depends on the man you choose and your expectations.

There are many pros and cons of marrying an older man. I’m going to take out time to list them out for you.

But, you should know that every man is different and marrying an older man may not result in the same outcome as a few other marriages.

Age is just a number as they say. You could fall in love with an older man and have the most blissful relationship ever.

So, if you really like him, don’t let anything stop you; go ahead and marry him. I’m sure you’ll be happy. 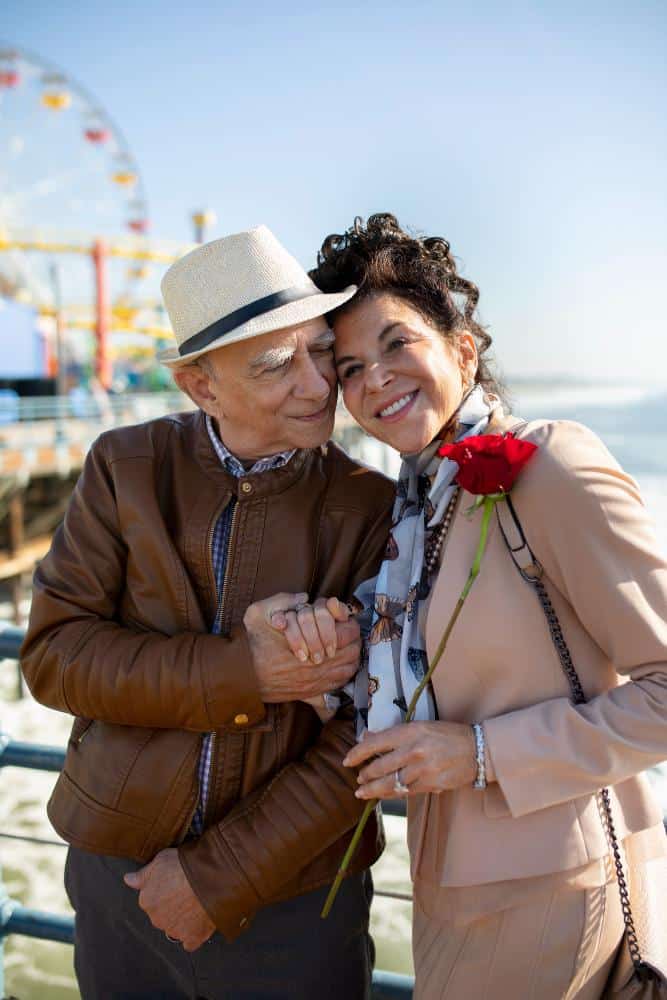 THE PROS OF MARRYING AN OLDER MAN

Marriage is meant to be fun and enjoyable because you’re going to be in it for as long as it lasts.

It’s okay to make sure that you’re going to enjoy some benefits when you choose a life partner. Here are some advantages of marrying an older man:

1. An older man is usually more mature and experienced

There is no doubt that a man in his 50’s or 60’s will be more mature and experienced than a 32-year-old man.

Obviously, he has had different experiences that helped to bring him far in life and he has possibly learned a lot from his mistakes.

An older man would normally be wiser and smarter than a younger man and he will apply his wisdom in every aspect of his life; financial, emotional, mental, social etc.

He would even be eager to teach you a lot of things you didn’t know or even dreamt of knowing.

In other words, he would expose you to new knowledge about many things.

2. He is financially secure

Any hardworking and ambitious man in his 50’s is undoubtedly going to be stable financially and well established.

He has worked so hard over the years to make sure his future is secure.

Even his retirement years look bright because he has made some profitable financial investments in his younger days.

Being with an older man means you’re going to be financially secure; as long as he likes you, he would make sure you have everything you want.

Money, of course, can never really be an issue when you’re with an older man. All your needs will be met even without you lifting a finger.

3. He is emotionally stable

An older man would be more emotionally stable than a young man.

This is due to the fact that he has had his fair share of dating, he has seen the world, he has made a lot of mistakes and he knows exactly what he wants now.

Marrying an older man means you would be emotionally safe and secure.

At least you won’t be confronted with emotional outbursts or drama at any point. All he wants is to enjoy you “his beautiful wife”.

As long as you’re around him and his friends still look at you with admiration in their eyes, he would cherish and adore you.

You don’t even have to worry about him cheating on you because he feels lucky to have you and would remain faithful and loyal to you.

On the flip side, if you marry a serial cheater, there’s a high possibility that you would be cheated on whether he’s an older man or not. 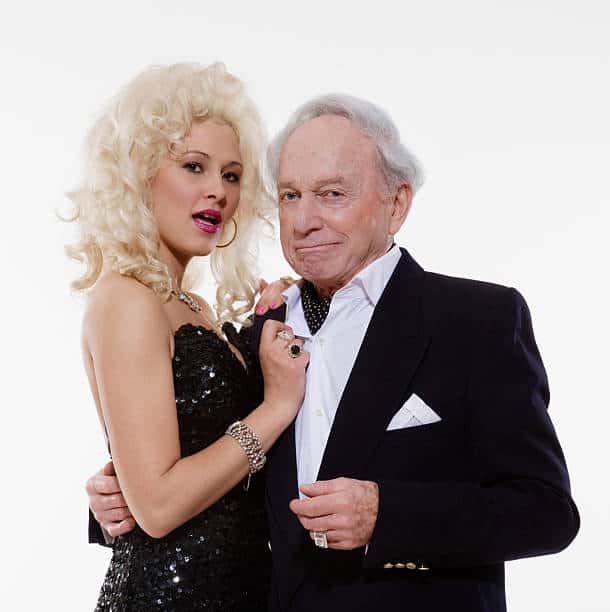 An older man would feel eternally lucky to have a young and beautiful wife by his side.

He would do his best to make sure you don’t lack anything financially because he cares about you.

He would go to great heights to provide for you; even if you want the most luxurious items, he would get them for you because he can afford it.

He would either attend to your needs personally or he would employ people who can be at your beck and call.

When you want your hair or nails done, cash and a driver would be available to you.

When you’re in the mood for a shopping spree, his debit card or check book will be at your disposal.

All you need to do is wave your magic wand and everything will be served on a platter of gold for you.

5. He will be the decision-maker

When you’re married to an older man, you will have less decision making to do.

Because of his experience and expertise, he would always have an idea or two about everything.

He already knows the quality shops to buy from, the best tailors to patronize, the superb boutiques to visit, fascinating restaurants all over the country and lots more.

Your life will be well organized and planned even while you’re asleep.

You won’t have to be involved in the decision making process if you don’t want to. 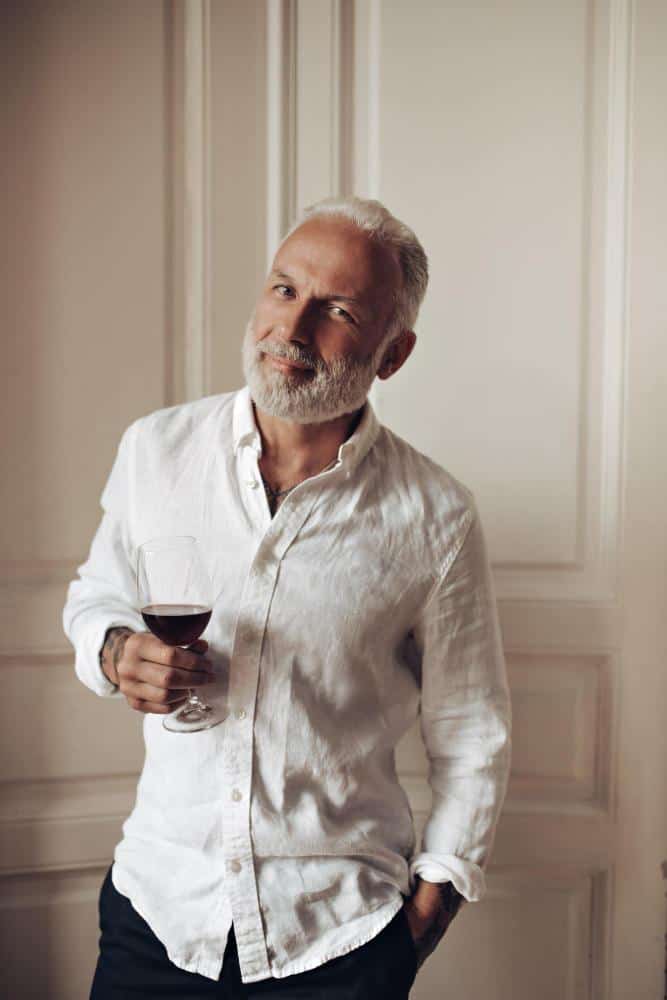 THE CONS OF MARRYING AN OLDER MAN

It’s always a good idea to have different viewpoints before you make any major decision in life. Let’s take a look at some disadvantages of marrying an older man:

1. He would be domineering

An older man would always see a younger girl as someone who is sometimes immature and indecisive.

He would always want to enforce his opinions or views on you simply because he has more experience than you.

You may not see it as a big issue but when it becomes a normal routine for him to always guide you; you would feel suffocated and helpless.

Any mistake you make would be associated with your being childish or naive.

And this could be downright annoying because sometimes you just want to make your own mistakes and learn from them.

2. He may not have the time and energy for you

With age comes fatigue and an unending need to rest.

An older man would definitely prefer staying indoors to relax than going out with you every night.

Even if you do go out, you will see yourself back at the house by 8pm when the party is getting ready to kick off.

Of course, this is not the issue with every older man; I’ve seen older men who are more energetic than some young men.

But, the truth is, he may not really have the time and energy for you because he is tied up in one business venture or the other or he isn’t just the fun type.

3. You would become his nurse

There is no doubt that you would definitely end up as an older man’s nurse when you marry him.

Even if you don’t take this role immediately after marriage, it would happen somewhere along the line.

A man in his 50’s or 60’s would probably be struggling with one critical illness or the other.
If it’s not diabetes or high blood pressure, then it will be something else.

You, of course, would have to put your life on hold to care for him as his wife and you would constantly be worried about his health.

There is also the probability of both of you eating separately because he has to change his diet to suit his health needs.

I’m not saying you shouldn’t be your husband’s nurse; all I’m saying is “be aware and prepared” when you choose to marry an older man. 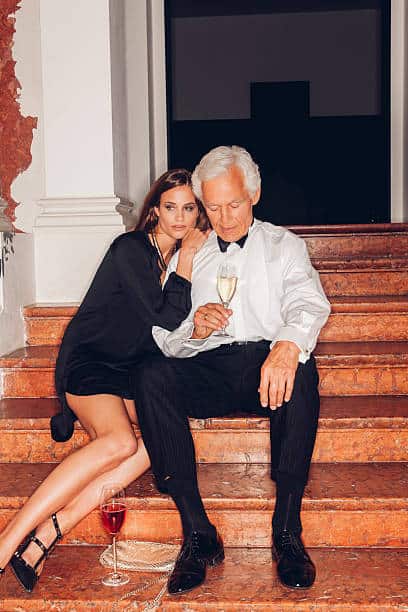 4. Your intimate life will be dead or near dead

Intimacy is usually a vital part of a successful marriage because it helps to bond two people together.

When you marry an older man who is either too tired or too sick to even look at you, just know that you could end up in a sexless marriage and be unhappy for a long time.

Being intimate could become a chore if you’re lucky or an inactive component if you’re unlucky.

And this may prompt you to cheat on your husband with someone else if you don’t have self-control.

Let’s not even dive into the possibility of marrying a sterile or impotent older man because things could get much worse in your marriage especially if you want to have kids someday.

5. You could become a step mum

A man in his 50’s or 60’s would probably be divorced or widowed; this means he may have children from his previous marriage.

You would have to take up the duty of being a mother to another woman’s children.

Not everyone likes this aspect of marriage so make sure you’re okay with it before you even think of accepting the marriage proposal.

6. He may never really get you

Being in a relationship or marriage could be an exciting process but really connecting with your spouse is totally gratifying.

An older man may never really get you; your jokes and stories could sound to him like they are from another generation or even another world.

He may never really understand why you behave the way you do; everything he doesn’t approve of would be termed “childish”.

You may find yourself stuck with someone who behaves like your grandfather.

You need to do a lot of thinking and analyzing before marrying an older man.

Make sure you weigh the pros and cons of marrying an older man before you jump in.

Marriage isn’t a playground neither is it a bed of roses; you need love, patience, and trust to make it work.

Don’t marry someone solely for financial gain; you never know where the wealth came from and how long it will last.

Marry someone you can start a solid foundation, build a successful empire, and grow old with.

There is nothing more fulfilling than being independent and financially stable before going into a marriage.

Choose your life partner wisely because your happiness depends on it. 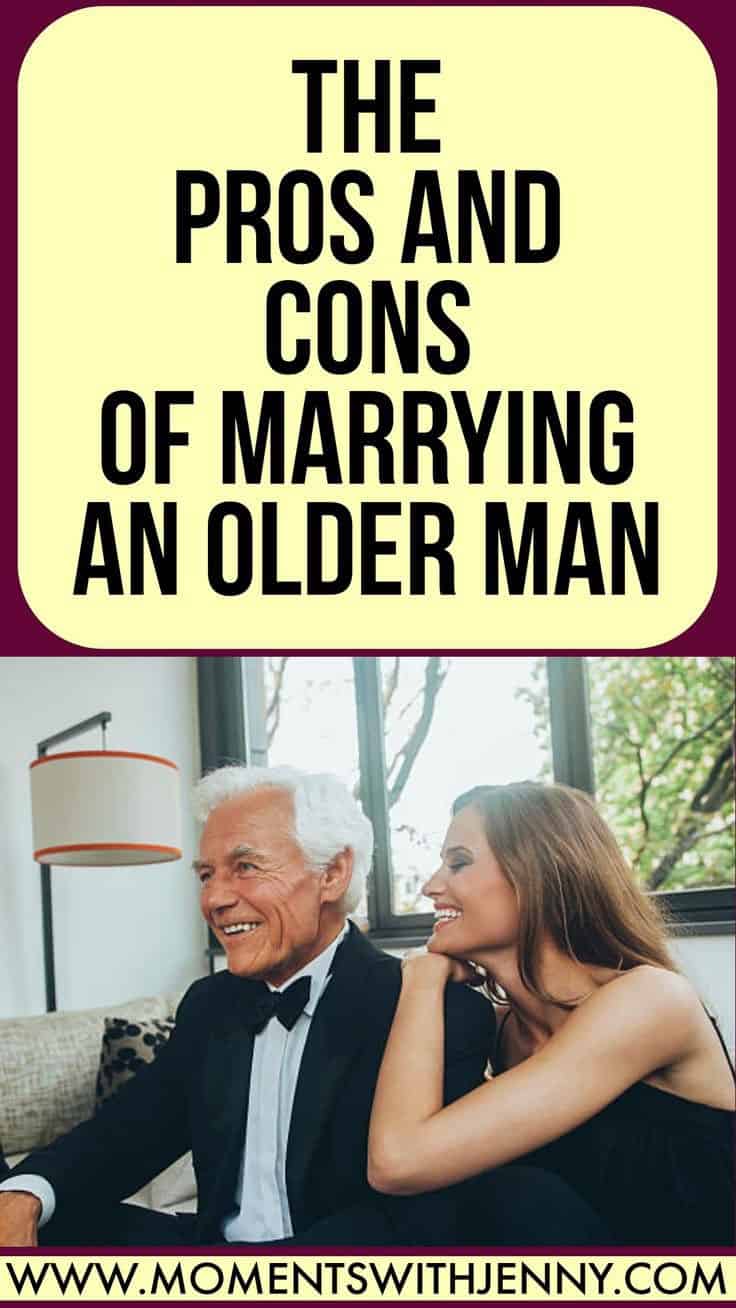 10 Tips For Choosing The Right Man To Marry

10 Good Reasons Why You Should Marry Your Best Friend