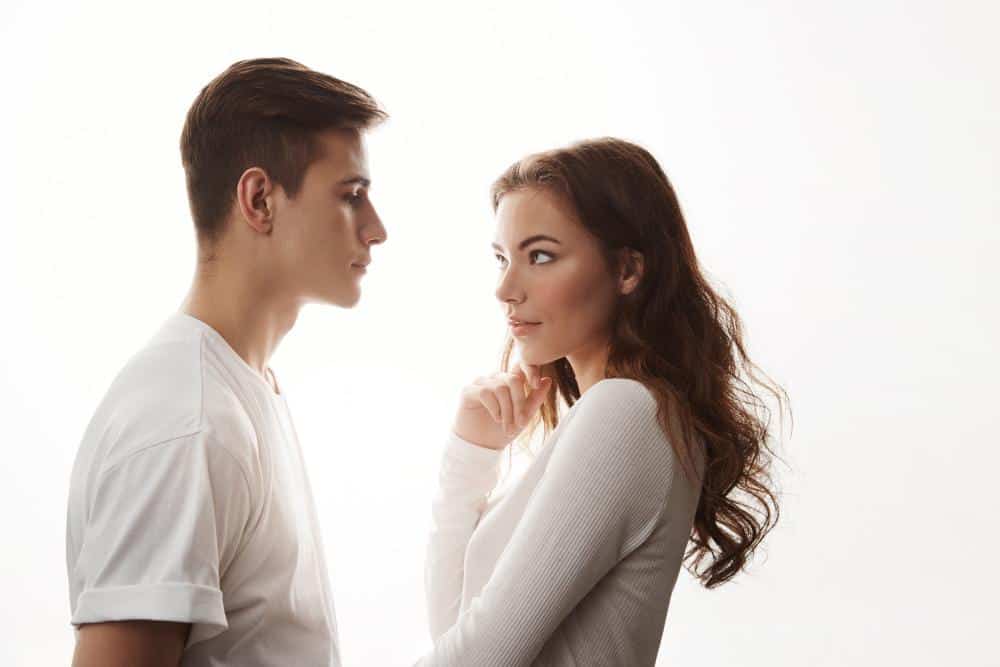 When you’re seeing someone new, it’s easy to ignore all the dating red flags that show up everywhere because you want the relationship to work out.

However, ignoring red flags when dating can be dangerous especially if your new partner is toxic, abusive, or narcissistic.

It is better to stay single and happy rather than entangling yourself with a partner who may destroy your life.

To avoid ending up with someone who is clearly wrong for you, take a look at these dating red flags checklist.

Luckily, these signs usually show up on the second date so you need to be alert as soon as you start dating to be able to notice them before you get into a committed relationship.

If you spot up to 5 warning signs, run for your life and never look back. But first, let’s look at the definition of red flags…

WHAT ARE DATING RED FLAGS?

Red flags are early signs that point out unhealthy behavior in a romantic partner.

Some people call them deal breakers because they often indicate that you’re not with the right person.

Red flags can go unnoticed at the beginning of a relationship but they’re often dangerous to ignore.

TOP 10 DATING RED FLAGS THAT SHOULD SEND YOU RUNNING

Examples of obvious red flags to look for when dating a new person include love bombing, aggressiveness when you disagree with them, or other controlling behaviors that make you want to run for the hills.

If you’re confused about how to spot the warning signs in a new partner, here are 10 dating red flags you should never ignore in a relationship:

1. You have a gut feeling that they’re wrong for you

It’s important to pay attention to your gut feeling when you’re looking for dating red flags in a new partner.

When certain behaviors arise, ask yourself if you feel safe, comfortable, accepted, or loved. If the answer to any of those questions is yes, you’re dating the right person.

The best way to know if you’re entering a toxic relationship is to observe how you feel when you’re around your potential partner.

If you feel tense or uneasy when you’re around someone, this is a sign from your subconscious mind that they’re wrong for you.

When someone makes you feel scared, anxious, or unsafe, that’s a huge red flag. Don’t ignore those little things that just feel off but you can’t explain why.

2. They want to speed up the pace of the relationship

“One of the biggest red flags to look out for is a partner who wants to rush the relationship”, says Emily Mendez, MS, EdS, Mental Health Expert & Former Therapist.

If they pressure you into being exclusive only after a couple of dates or rush you into having sex before you are ready, this is a sign of abuse that is often overlooked.

You may feel flattered about their commitment or view it as a sign of deep love but it is not what it seems.

Emily explains that abusive partners use this tactic to quickly gain control over the other person.

Rushing the relationship before you are ready isn’t about love. It really shows a lack of respect for your boundaries. 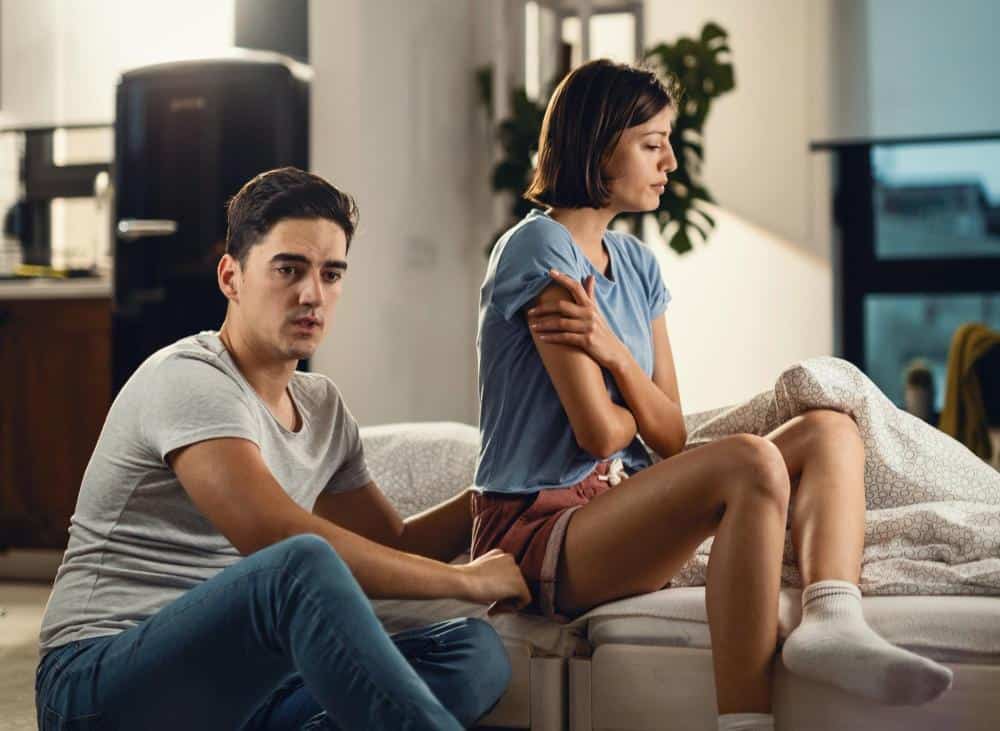 3. You feel invisible, neglected, or abandoned when you’re with them

This means when you enter into a relationship with someone, you’re supposed to feel visible, appreciated and valued.

A romantic partner who spends a lot of time on their phone or who abandons you to hang out with their friends all the time is not really into you.

For example, if your partner invites you to a party at their office and disappears into a corner without even introducing you to their colleagues, you’ll feel like a fish out of water.

If you feel sidelined by someone you’re dating, this is a huge red flag you shouldn’t ignore.

4. They show little or no respect for your boundaries

In romantic relationships, it’s important for couples to respect each other’s boundaries. This is the best way to ensure that everyone maintains their freedom and individuality.

One of the most common red flags when dating is a lack of respect for your boundaries.

Does your partner continue to touch you inappropriately even when you’ve told them not to?

Crossing your boundaries is a red flag you should never ignore in a potential partner.

According to Folashade Adekunle, M.Ed., a Philadelphia-based couples counselor, “If a partner is pushing any physical boundaries you set, this might be a sign that they won’t respect these boundaries over time.”

5. They are rude to strangers and people in the service industry

How does your partner treat strangers or people in the service industry like waiters, cleaners or drivers? Do they lash out in anger or frustration when they don’t get what they want?

According to relationship experts, a partner who acts rude, controlling, or superior to others has a sense of entitlement which could be a symptom of a narcissistic personality disorder.

For instance, if a waiter at a restaurant you’re eating at makes a mistake while serving you and your date immediately flares up at them instead of being calm and talking politely, this is a big red flag.

Since anger management issues can quickly turn into abuse, being aggressive, or violent is a warning sign that you need to end the relationship. 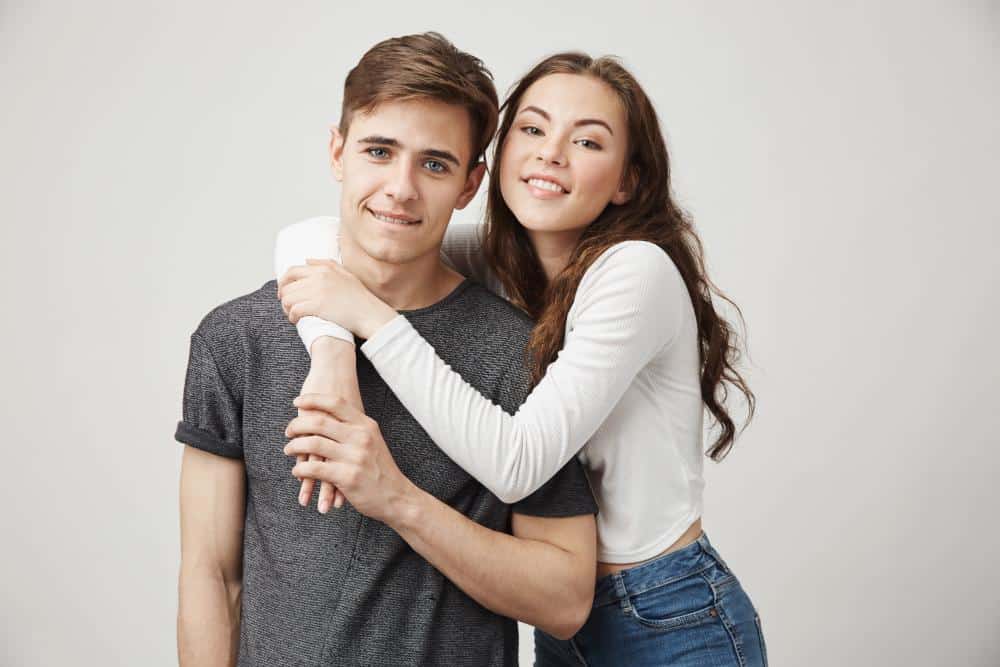 6. They easily get jealous or protective of you

Sometimes jealousy or protectiveness is good in a relationship. But there are other times when it’s way too much.

A major sign of an unstable relationship is when your partner distrusts you and questions everything you do.

It’s okay if they need clarification on some issues, but stalking you on social media or suspecting you of cheating all the time is a cause for concern.

If your new partner eavesdrops on your conversations, answers your cell phone when it rings, or accuses you of flirting with someone else, this is a bad sign that you’re dating an insecure partner.

Trust is an important foundation in a healthy relationship so if your new love interest doesn’t trust you enough to give you personal space, you need to let them go.

7. They’re inconsistent in their words and actions

Inconsistency might seem innocent at first, but it can become dangerous in the long run when you need to be accountable to each other in your relationship.

Being inconsistent can be as subtle as saying something different about who they really are in their online dating profile or claiming to be something they are not.

This could be due to a lack of self-awareness but having double standards is a negative behavior you should watch out for in the early stages of a relationship.

A toxic partner who says one thing and does another thing is unreliable and can’t be trusted. They lack integrity and consistency which is a sign of manipulative behavior.

If you give them the benefit of the doubt, they’ll take advantage of you and overstep your boundaries.

8. They badmouth their exes repeatedly

A lot of people have had past relationships that didn’t end well and it’s important to deal with any emotional baggage you’re carrying before getting into a new relationship with someone else.

This means getting rid of any feelings of love that are lingering, moving on from the relationship and never badmouthing your ex.

Even if you had a difficult relationship with your ex, it’s not okay to call them crazy no matter the circumstances surrounding your breakup.

A person who puts all the blame on their ex without acknowledging their own faults is a master manipulator who wants to make their previous partner look horrible to other people.

Gina Senarighi, Ph.D., couples counselor and dating coach says, “There is a high chance that they’re going to lack that same kind of insight with you now.”

If your new date talks about their crazy exes all the time, this is a clear sign that you need to run in the opposite direction. 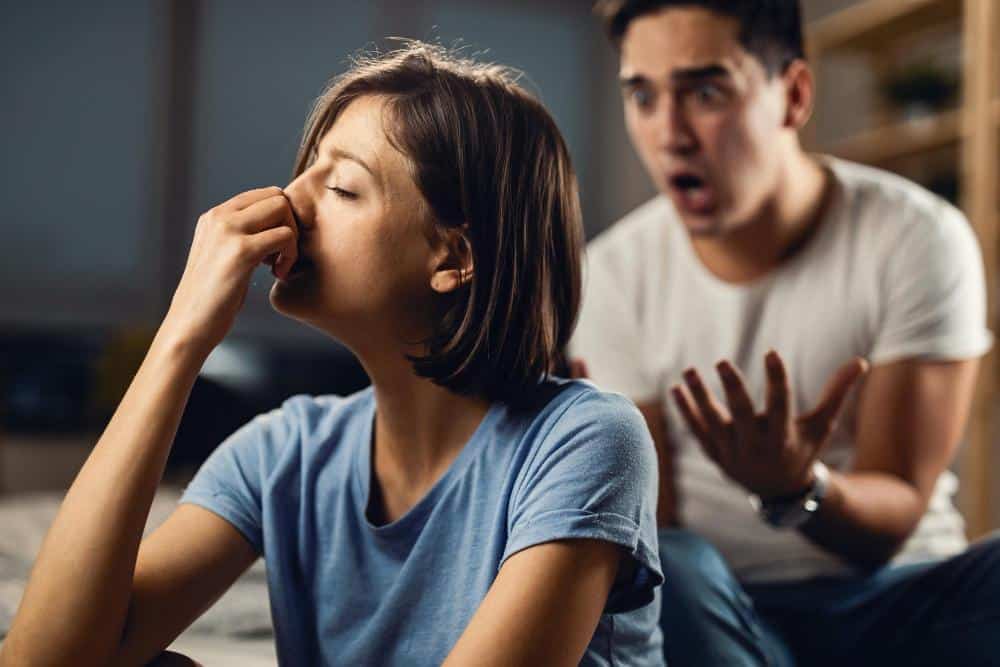 Controlling or abusive behavior in any form is the biggest dating red flag you need to look out for in a new relationship.

Whether they’re abusing you physically, emotionally, or verbally, staying is not a healthy option for you.

If your new partner tells you what to do, where to go, or who to hang out with, this indicates a lack of trust and it’s also a sign of insecurity.

When someone tries to manipulate you or control your beliefs, decisions, and movements, they are more concerned about what they want rather than what is best for you.

In a good relationship, both partners are free to be themselves and to express their feelings openly without fear of being laughed at or shut down.

If you’re seeing subtle signs of emotional abuse or physical abuse, it’s a good idea to quit the abusive relationship before it goes too far.

10. They refuse to apologize or compromise

It’s a major red flag if your partner refuses to compromise or admit when they’re wrong.

Someone who wants things to always go their way is a selfish person who cannot consider other people’s feelings, and this is not a good trait to have especially if you’re looking for a long-term relationship.

A good partner is willing to compromise or apologize when needed because they care about you and want to make the relationship work out.

If your potential partner is too proud to say sorry or they never agree to do things your way sometimes, they’re not a good fit for you.

If you stick around because you want to give them a chance to change their behavior, you may be getting into an unhealthy relationship.

Knowing how to identify dating red flags in a new partner is extremely important because the same relationship red flags you ignore in the beginning will be the same reason it all ends.

I’ve given you a list of top 10 red flags not to ignore when dating someone new.

Most of these signs can be noticed after the first date if you’re alert and observant.

The good news is that all you have to do to know if someone is right for you is to pay attention to their words, actions, and body language.

If something feels off, listen to your instincts and break off the relationship.

This may sound drastic but it’s okay to leave at the first red flag, instead of doubting your instincts, and putting yourself in danger.

10 Signs You Are Dating The Wrong Guy

Top 10 Green Flags In A Relationship To Look Out For