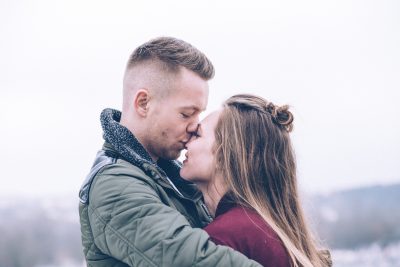 Whether you’re looking for a long-term partner, or already have one, it pays to have the right habits men fall in love with in a relationship.

The thing about men is that they don’t always know how to articulate what they want in their woman.

Most men weren’t exactly taught how to express their feelings while growing up.

So, it can be tricky sometimes for them to let their partner know about their emotional and physical needs. 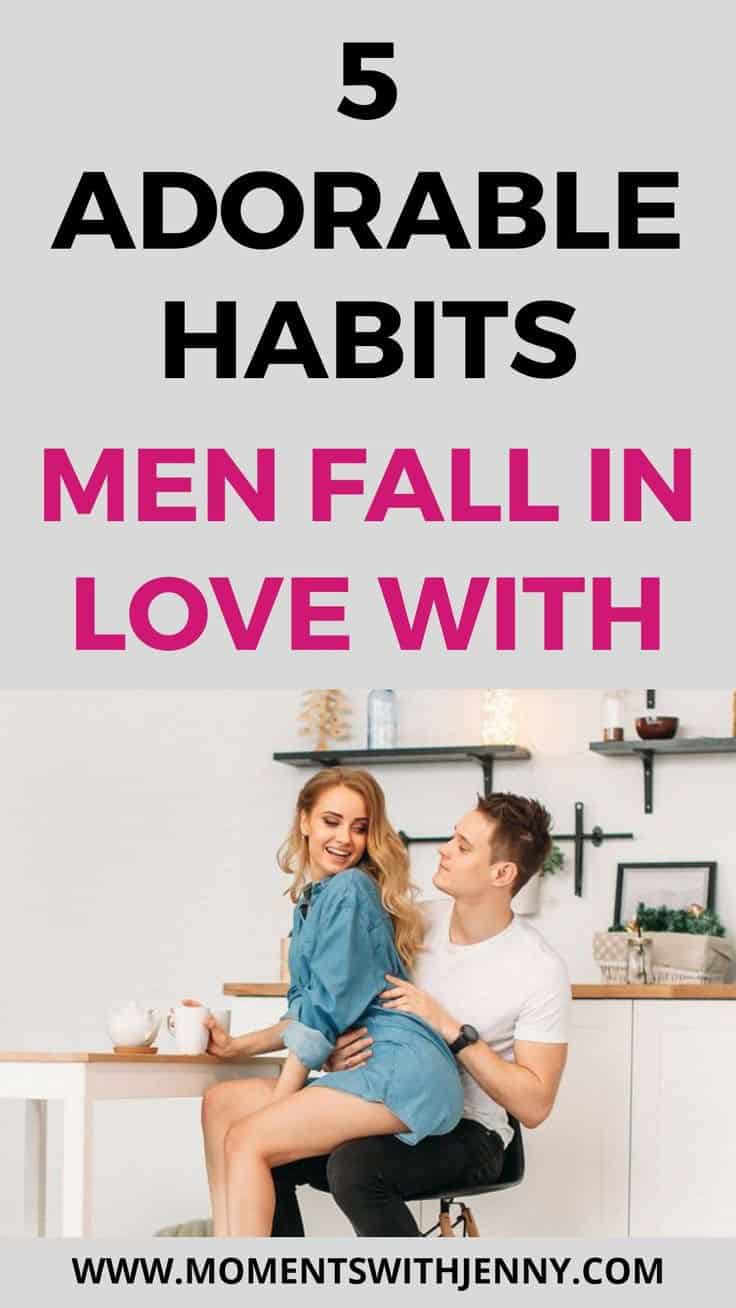 Okay, this might sound really cliche but remember that I warned you.

Typically, a lot of women try to make someone like them by putting on a detached-but-I-might-be-attracted-to-you kind of act.

Also, these women may wait for an arbitrary amount of time to reply to messages (e.g., a couple of hours, a few days, etc.) to avoid looking desperate.

Give your guy hints that you like him, and be enthusiastic when you’re together. You can do this by sending him sweet love messages to make him miss you.

Experts find that a person starts falling in love with someone once they know they want them.

As for the “playing hard to get” part, that means actually being busy.

That’s not the empty kind of busy where you’re at home, scrolling down endlessly on your social media feed and claim you’re too busy to go out on a date.

It’s better to be fully engaged with all the other parts of your life. You’ve got your work, social life, hobbies and other passions that make you happy.

10 SECRETS TO MAKE HIM FALL IN LOVE

For instance, if you nearly hit another car while driving to work, you’d carry those negative vibes into the office.

That previous, unrelated experience would bleed into the rest of your day.

Also, it has to do with the fact that being physically excited can easily translate into a romantic attraction.

So, if you can find a way to keep things exciting for him – like dropping little romantic love notes for him to find – then he’ll latch those feelings onto you.

Of course, this doesn’t mean you should sleep with him on the first date.

Make him feel special and give him something to remember you with. Just be yourself!

If he’s the right guy for you, he’ll love you for who you really are.

You won’t need to change yourself or be a drama Queen in order to make him love you. You just need to be you to rock his world!

HOW TO BE IRRESISTIBLE TO A MAN 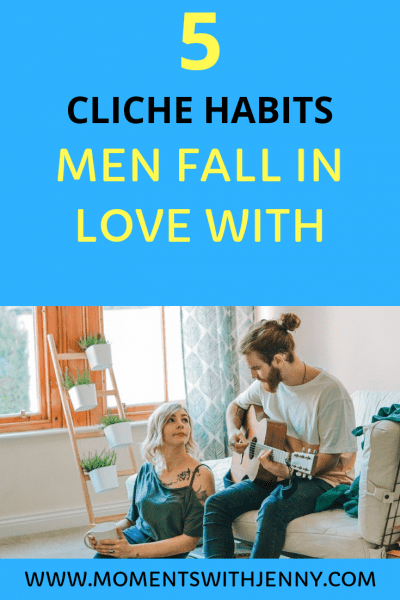 I know you didn’t just roll your eyes at this cliche advice but hear me out – this could be a game-changer in your relationship.

First of all, you don’t need to be rolling on the floor with tears in your eyes if his jokes aren’t even funny.

A polite chuckle is perfectly fine, and that gives him the hint that he’s not funny and you’re not attracted to him.

But if your funny bone is really tingling from his witty jokes, then go ahead and laugh.

There’s no need to pretend his jokes aren’t funny when they are really funny.

Studies show that humor is a huge factor in romantic attraction. As you already know, women like guys who are funny because it’s a sign of intelligence.

Plus, men prefer those who are receptive to their own humor, particularly for intimate relationships.”

Trust me, I know plenty of guys who have appreciation as one of their “must-haves” in a relationship.

So, appreciating his sense of humor is a good step in that direction.

Most men believe they are stronger than most women. Honestly, that’s why they often refer to us as the weaker gender.

They see us as soft pups who can’t lift a bucket of water or change a car tire.

When a man is in a relationship with a woman, he expects her to sort of lean on him to do most of the work that involves strength like cleaning a clogged pipe, changing a car tire, throwing the garbage out etc.

But, when a woman keeps insisting on doing all that hard work by herself even when she has a man around, he’ll feel completely unwanted and irrelevant.

This is the number reason why men pull away from relationships.

If you want a man to fall hopelessly in love with you, let him be the hero and protector in your life. Make him know you feel totally safe with him around.

If he feels wanted and relevant, he’ll stay with you because he knows you need him.

There’s nothing a man wants more than to be needed by a beautiful woman. It’s a dream come true!

#5: Appeal to his soft side

A lot of women take for granted the power of using their feminine charm to win a guy over.

And no, I’m not telling you to start acting out a scene from a romantic movie to turn a guy on.

What I am saying is that you should be more aware of a guy’s hot buttons and learn how to push them.

For instance, women underestimate the power of physical touch and smell.

They fail to understand how much effect a hug, a peck or a nice cologne has on a man.

HOW TO MAKE HIM CRAVE YOU 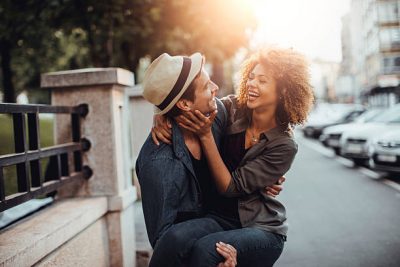 Remember, men love being teased, and the delicious pleasure of the “slow burn.”

They also love it when a woman smells really good; invest in some good cologne and tickle his fancy.

And of course, men also appreciate variety when it comes to the main event in bed.

Make an effort and take the initiative to spice things up every now and then.

Better yet, you could even go as far as asking him what he wants, then apply it in bed after (with your consent, of course).

That would make for an interesting topic, don’t you think? 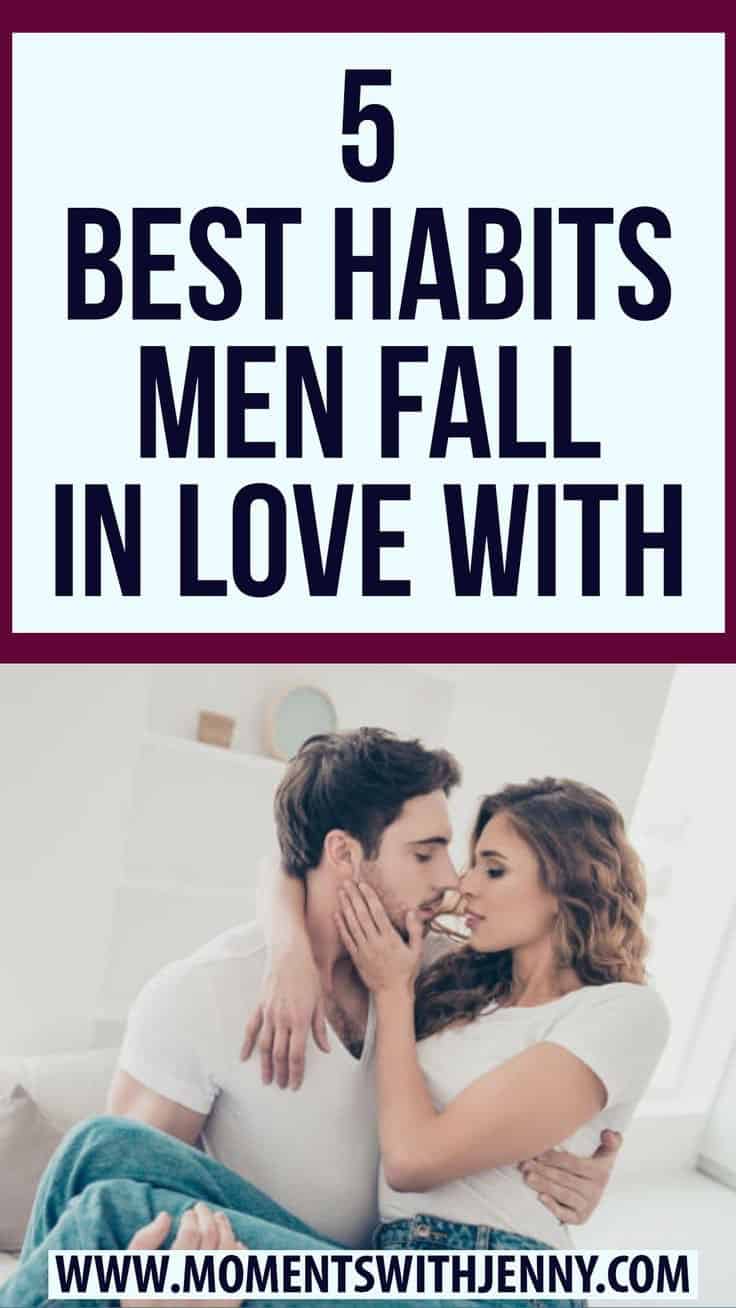 I’ve shared with you 5 cliche habits men fall in love with in a relationship so, don’t let me down.

Use them to your advantage and get a man to go crazy for you.

Now, once you understand how to use these tips, your guy will instantly enter a state of intense infatuation.

It’s like a splinter in his mind, and he’ll be incapable of thinking of any other woman in a romantic way except you.

If you’re looking for a practical guide on how to make a man fall in love with you, His Secret Obsession will help skyrocket your success in attracting the man and relationship of your dreams.

Hi, my name is Jennifer and I'm married to the love of my life. I enjoy helping couples build healthy & happy relationships. Join me on a fabulous journey to improve your love life.