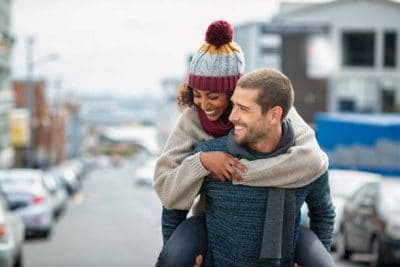 Are you dating a guy whom you just seem to click with but you’re not really sure if what you’re seeing are the undeniable signs he’s the one?

It’s always important to be sure you’re with the right man before you make any serious commitment to a relationship.

If he isn’t like any other guy you’ve met, and he has this warmth about him that you absolutely love, you may just have found your perfect match.

But you need to know that it can be a tricky business to figure out if a certain guy is a good match for you.

Considering his unique personality and quirks along with the whole deal about mixed signals, it’s hard to sift through all of that and see the signs he’s meant for you.

So how can you tell he’s your Mr. Right or if you should keep looking?

If you’ve not figured it out yet, don’t sweat it because I’m going to give you 5 clear signs he’s the one so you can stop searching.

5 UNDENIABLE SIGNS HE’S THE ONE

One thing I’ve noticed in a lot of couples who’ve been together for years is how supportive they are of each other.

It’s always a good sign when a guy endlessly encourages his partner to pursue her interests and passions – no matter how unreachable they might seem.

If you see that your guy is always trying to push you forward in a healthy direction especially when you doubt yourself, that’s a clear indication he’s a good match for you.

When looking for a partner, it’s important to find someone who wants to see you grow and evolve.

A guy who acts as a positive force in your life is worth keeping around. If he’s totally supportive of you and he’s got your back, he might just be the one.

HOW TO ATTRACT YOUR SOULMATE

In a serious relationship, hitting it off doesn’t have much to do with how similar your personalities or interests are.

Sure, having something in common makes it easier to break the ice, but in the long run, it’s not going to keep the relationship going.

The more important factor is how willing he is to be part of your life anyway.

If your man doesn’t know the first thing about Star Wars, or sci-fi movies in general, but he goes with you to the unboxing of your new favorite movie, it means he’s trying hard to be a part of your world.

If he’s really into you, he’ll care about the things you do. He’ll spend his time on them because he knows those things make you who you are.

And that’s exactly what he wants to be part of – your fun and unfolding life. 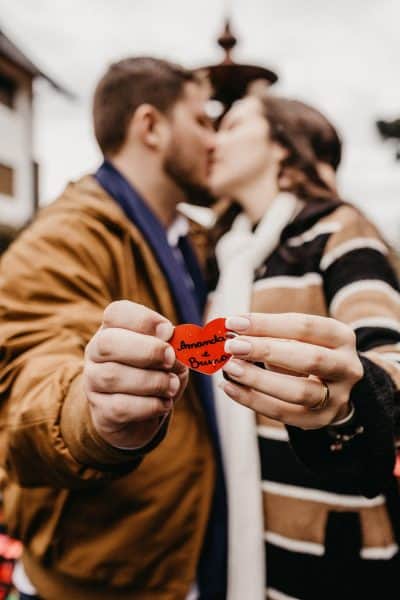 HOW TO FIND YOUR PERFECT MATCH

Do you know how some couples almost seem to know what the other is thinking without saying a word?

It’s amazing and a little eerie to see them connect at this level that no one else can.

It’s not magic or some other supernatural phenomenon – some people are empathic this way and have a kind of radar for it.

It’s funny how my boyfriend often knows what I want to say before I say it or how he buys exactly what I’m thinking of buying when we aren’t even shopping together.

Your boyfriend doesn’t have to be psychic or have a sixth sense, nor should you expect him to be.

But if he has the awareness to at least ask you if you’re ok when you’re not, then that’s the sign of a concerned and connected partner.

This is the kind of man who can sense that there’s something wrong in your inner world and respond to it.

When he picks up on your signals, he won’t just ask if you’re doing alright, he’ll also want to help you get out of your mood swings and basically do anything to make you smile again.

And the fact that he cares about what you’re feeling or thinking speaks volumes of the kind of guy he is. This is often one of the top signs he’s the one.

HOW TO MAKE HIM SURE YOU’RE “THE ONE”

If a guy’s important to you, he’ll always be working overtime to make sure you’re happy.

Men are big on making their partner feel provided for and protected, so he’s going to do this in every way he can.

If he’s not making plans with you and create amazing, shared experiences together, he’ll try to help you with something that’s bugging you like fixing your smartphone or running some errands you hate.

A guy worth keeping is one who’ll do anything to take the load off your mind and make your life easier.

Another thing you might notice is how a guy will do things with you on a regular basis.

He’ll take you out for morning coffee, walk your dog with you every Saturday or schedule a monthly expedition at his favorite camping spot.

If he does this, take note, because a man doesn’t change his schedule that easily.

Only a guy who’s not ready for serious commitment will insist on keeping his appointments as they are.

A guy in love, on the other hand, will suddenly have all the reasons in the world to make his schedule more flexible to accommodate his woman into his activities.

More than that, he wants to create a shared life with you.

So it’s not just what he does, it’s also the amount of time he gives up and trouble he goes through in the name of your happiness.

That’s one of the definite signs he’s the one you should stick with.

#5 He makes everything awesome

When you’ve found the one, even the most boring everyday things become amazing when you’re with him.

Maybe you need to run to the store to get some groceries or pick up a package at the post office but you wouldn’t miss it for the world if he offers to go with you.

You’re so attracted to each other that everything else seems to fade into the background when you’re together.

He wants to know every little you were up to today, and likewise for you.

That’s what being soulmates is all about – he turns the mundane into the magical by simply being there.

And when you’re having the worst of days, you still want him around because you know he’s such a positive presence in your life.

He’s there to hear you rant about the crazy drama you had with a co-worker or some other struggle you’re going through.

Whatever it is, he’s all ears and isn’t itching to jump in with a solution to your problems.

He’ll sit back, listen quietly and only speak after you’re done talking.

He’ll only offer his opinion when you ask for it and always makes you feel like he’s hearing you out. 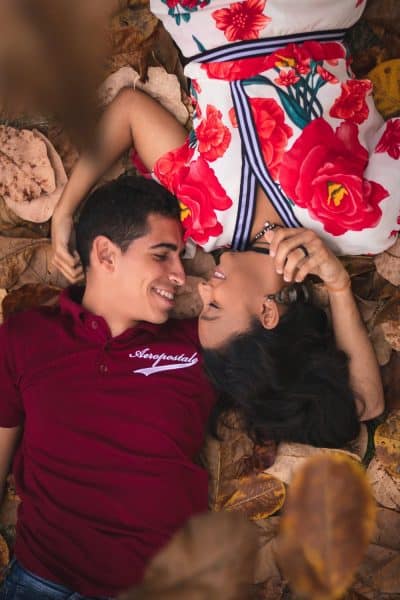 All of these add up to the unmistakable signs he’s the one.

Finding this kind of connection with a man is rare so you should pay attention when he’s showing you the right signs.

More importantly, you need to make sure that spark keeps burning bright and strong with your Mr. Right.

I’ve seen a lot of couples who were perfect for each other, but drift apart for one reason or another.

Maybe he’s not as affectionate as he was before or the passion has faded or he’s simply going through a hard time. Worse, it might even seem that he’s pulling away.

If you have a terrible feeling in the pit of your stomach that you can’t ignore any longer, then it’s time to respark the romance with your man and keep him interested in you.

If you don’t see any of the signs he’s the one then it probably means you need to put in more effort or you’re just not meant for each other.

5 Signs You are Dating a Keeper