Is it okay to accuse your partner without evidence? And what are the psychological effects of false accusations in a relationship?

Being accused of something you didn’t do in a relationship can be devastating to say the least.

When someone accuses their romantic partner of doing something wrong, they think it’s a harmless act that would just go away.

However, false accusations in a relationship can have many negative side effects especially if the person is innocent.

For example, if you constantly accuse your significant other of cheating on you, they may develop anxiety, depression, low self-esteem, or trust issues.

From losing your partner’s trust and making them feel insecure to deteriorating mental health, there are so many ways false allegations can impact a good relationship.

In this article, we’re going to look at how false accusations destroy relationships.

False allegations are typically made due to a person’s insecurities such as fear of their partner cheating or lying to them.

This often leads to psychological issues and relationship problems among couples. The pain of being falsely accused can be excruciating if the person is innocent.

Take a look at some of the consequences of false accusations in a relationship.

7 PSYCHOLOGICAL EFFECTS OF FALSE ACCUSATIONS IN A RELATIONSHIP

Wondering what happens when someone is accused wrongly by a significant other?

Here are some negative things that can happen when a romantic partner is falsely accused in a relationship:

When an innocent person is constantly accused of something they did not do, this can be traumatizing. While it may seem dramatic to use the word “trauma,” it is not.

Trauma comes from the Greek word for “wound.” In this context, we can see how it truly can be wounding for a person to be falsely accused repeatedly by their partner.

These false accusations not only wound the innocent partner. Over time, they can damage the relationship to the point where it is almost unrepairable.

Constant accusations in a relationship that are unfounded are a form of psychological abuse.

Dr. Carrie Barron explains, “If accusations are not true, a person is in a situation similar to being bullied.”

The trauma of being falsely accused can build over time leading to mental health issues such as anxiety and depression, panic attacks, or a sense of hopelessness.

When left untreated, trauma can even lead to suicidal ideation.

2. Increasing anxiety in the innocent person

The psychological and emotional abuse of false accusations can lead the innocent partner to live in constant fear.

They will likely begin to anticipate that their actions, no matter how small, may trigger their partner’s insecurity and allegations.

This inability to protect themselves from false allegations deteriorates a person’s sense of safety.

When bullying occurs in your own home, you have no safe place to hide. This has an incredibly negative impact on one’s mental health.

The innocent partner’s sense of peace is robbed of them because of their partner’s insecurities. As such it’s natural for feelings of anxiety to build. 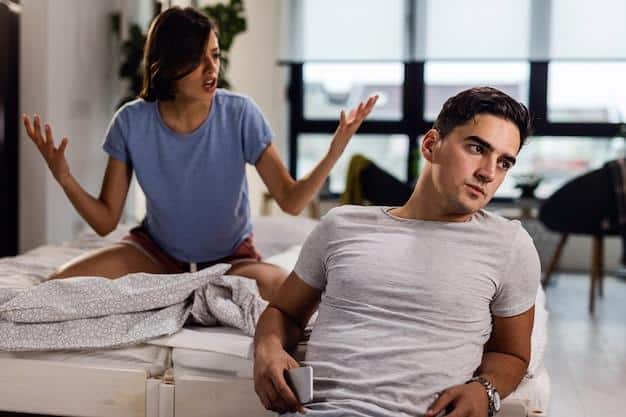 3. The innocent person is pushed away from the relationship worsening the cycle of false accusations

Anxiety is an ongoing feeling of fear. When a person is afraid, they will naturally want to avoid whatever is causing this fear.

It’s human nature to want to avoid the things which make you feel unsafe.

Sadly, this natural urge to avoid a partner who is falsely accusing you of something including cheating can make the issue worse.

This is because it may reinforce the insecure partner’s fear of abandonment.

4. The cycle of false allegations worsens as the innocent partner tries to protect themselves

It’s human nature to avoid people, or situations, which make you feel uncomfortable or painful.

Yet an accusatory partner often has attachment issues that obscure this truth.

When an insecure, or anxiously attached partner, experiences this natural pullback by their partner they will personalize it.

Often, they may see it as “evidence” of the innocent person’s betrayal.

Sadly, through this lens of anxious attachment, they are unable to see that their personal issues are pushing away the very person they want to be close to.

Even if there is a lack of evidence to “prove” the false accusations, the innocent partner is confirmed as guilty if they pull away.

An accusatory partner may interpret that rather than pushing away their partner, this pullback is evidence of a betrayal.

At this point, the psychological abuse may worsen for the innocent partner.

5. Confusion and insecurity in the innocent partner may lead them to feel stuck

Gaslighting is a form of psychological abuse. This is when a person confuses another person’s sense of reality which leaves them confused and unable to trust themselves.

The innocent partner will know, of course, that they aren’t guilty of whatever they’re being accused of.

Yet, the constant accusations will make them begin to question their own sanity.

When this happens, the innocent partner may become fixated on how to “prove” their innocence to their partner.

They may feel obsessed about how to convince their partner of their fidelity and love.

These feelings of increased confusion and obsession make the innocent person feel more insecure over time. They begin to feel like they are losing grip on reality and may feel desperate.

They may also wonder “what’s wrong with me?” as to why they cannot communicate effectively enough to convince their partner of their loyalty.

Furthermore, this insecurity and confusion can lead them to forget their options. They may feel increasingly trapped in the relationship.

This intensifies a sense of hopelessness and the obsession to satisfy their partner. 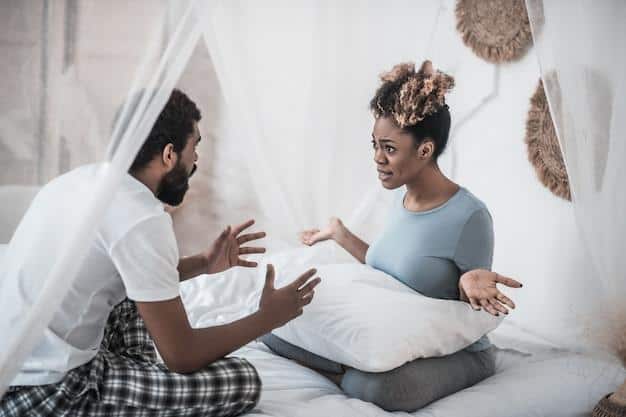 6. Acting out of resentment

When a person is faced with constant accusations in a relationship, resentment breeds.

Resentment occurs when someone has violated your boundaries for a long period of time without change.

All people have the right to expect freedom from psychological abuse in a relationship.

When a person experiences constant accusations, their right to safety is thus continuously violated.

When a person is abused it’s natural for them to resent their abuser even if it’s their romantic partner.

Sometimes, this resentment can make them want to hurt their partner as they’ve been hurt.

Revenge is a natural human urge when we have been hurt.

At times, a falsely accused partner may choose to hurt their partner by doing the very thing they have been accused of doing falsely.

While cheating on their partner won’t make the relationship better, there is a natural desire for revenge when a person has been hurt over time.

Psychotherapist, Esther Perel adds, “The vengeful heart is not always ready to listen to reason. Sometimes nothing less than inflicting equal pain will suffice.”

Sadly, in this scenario, neither partner wins. The person seeking revenge does not truly heal the pain caused by being falsely accused.

And the accusatory partner has their trust, and attachment issues, reinforced. At this point, healing this relationship will take tremendous work.

7. Heartache caused by a destroyed relationship

False accusations deteriorate trust in a relationship. While the accusatory partner already has trust issues, the innocent partner loses trust as well.

Trust is the sense of being safe in a relationship.

Psychological abuse, of course, erodes safety. Without trust and safety, and increasing fear and resentment, the foundation for a healthy relationship weakens.

This cycle may perpetuate long enough that even with therapy there is no relationship to salvage.

The innocent person has been abused for too long to feel safe in the relationship.

And if they did act out, the other person who already had trust issues may find it impossible to forgive. 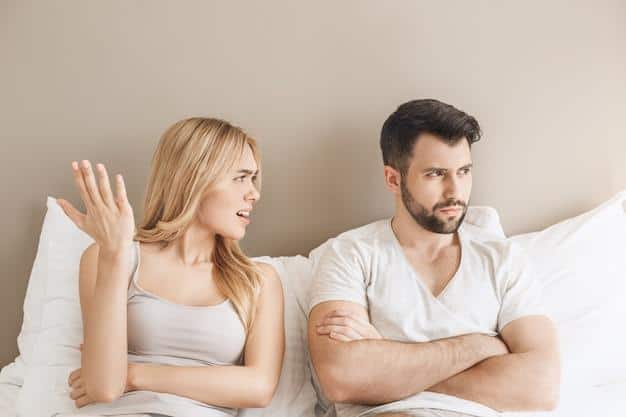 HOW TO DEFEND YOURSELF AGAINST FALSE ACCUSATIONS

Being accused of cheating when innocent can be heartbreaking because this shows that your partner doesn’t trust you.

If you are an innocent person facing false allegations by your partner, it’s natural to want to defend yourself.

However, this defensiveness can deteriorate your relationship further.

Instead, try to defuse the situation by validating your partner and letting them know you understand that it’s natural to feel insecure sometimes.

You can also honor the truth of your innocence and take accountability for any of your actions that may look suspicious.

For example, you may acknowledge you have been hiding your phone or staying out late.

You may choose to explain your reasons as well for this to provide evidence for your truthfulness.

“I know you’re worried that I hide my phone when you come into the room. The truth is, I feel anxious about being accused of something I didn’t do so I’m hoping to avoid an argument with you. I only hide my phone as I’m scared you will accuse me of texting someone inappropriately.”

Or, you may say, “It’s true I’m working late to avoid you. I’m feeling overwhelmed by the constant accusations in our relationship.” 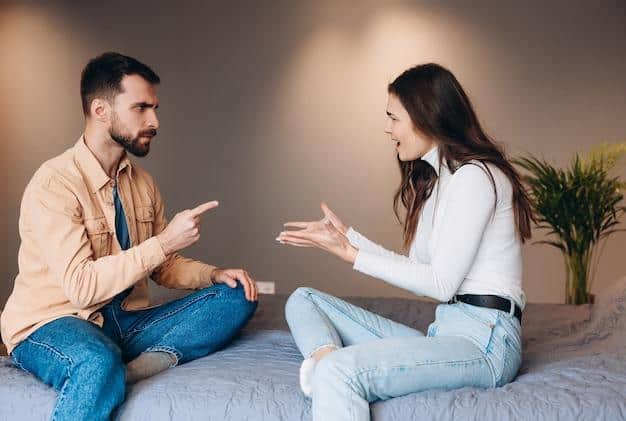 HOW TO DEAL WITH FALSE ACCUSATIONS IN A RELATIONSHIP

Constant false accusations can deteriorate your mental health and destroy your relationship.

It’s important, to be honest with your partner about the impact of their accusations on you.

You may validate your understanding of their insecurities. At the same time, it’s important to set boundaries.

Just because they are scared, it does not mean they have the right to attack you.

You cannot heal your partner’s insecurities. Instead, they must take accountability for healing their insecurities or anxious attachment and seek therapy.

If your partner is unwilling to seek treatment, you may need to leave. This is because the trauma of psychological abuse will only compound over time.

The good news is that if you do have trauma from false accusations, you can heal.

Social worker, Shari Botwin explains, “People are incredibly resilient, and our brains and bodies find ways to ‘get through’ whatever atrocity is being done to us at that moment.”

For your own healing, you may choose to seek professional help, leave the relationship, or both.

There are a lot of psychological effects of false accusations in a relationship.

Most of them can damage a person’s mental health as well as wreck your relationship beyond repair.

To avoid destroying a good relationship, make sure you have solid proof before confronting your partner about a wrongdoing.

If you suspect your significant other is cheating on you or hiding something from you, approach them in a non-aggressive manner to table your concerns.

You can also choose to observe their actions for a while to confirm your suspicions and gather compelling evidence before talking to them about the issue.

Most times when we feel a romantic partner is being dishonest or unfaithful, it’s often because we’re harboring a few insecurities below the surface.

This is why it’s important to get your facts right so as not to accuse an innocent partner falsely.

25 Things You Should Never Say To Your Spouse

How To Communicate With Your Husband Without Fighting

12 Things To Remember In A Relationship During Hard Times 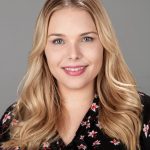 Krystal Mazzola Wood, LMFT is a practicing relationship therapist with over a decade of experience.

She sees clients at her private practice, The Healthy Relationship Foundation and has dedicated her entire career to empowering people to heal from unhealthy relationship processes.