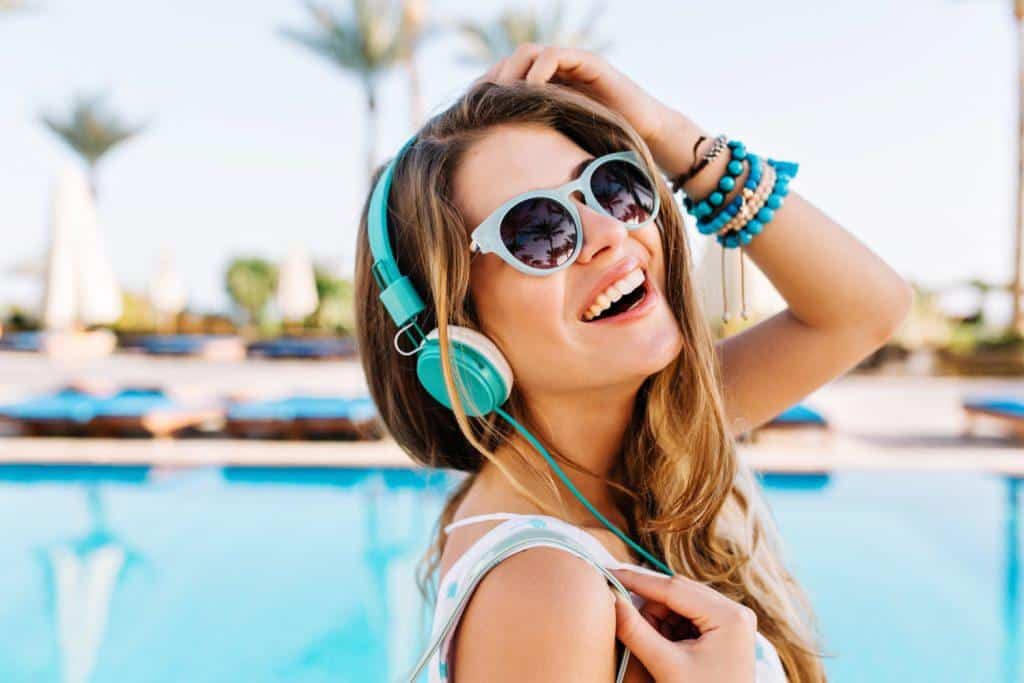 Are you struggling to get over a bad breakup? A good way to numb the emotional pain and heal a broken heart is to listen to some of the best breakup songs of all time.

Research shows that using songs to get over a breakup can be both therapeutic and soothing in a lot of ways.

When a relationship ends, it’s often devastating to live without someone you love deeply even though you know they don’t love you anymore.

It’s difficult to stop yourself from loving them and it seems like everywhere you turn you’re reminded of them and you just can’t move on.

If you feel as if you’ll never heal your broken heart or completely forget about your ex, you’re not alone!

According to science, when you’re trying to get through a broken relationship, your body automatically goes into the fight or flight mood.

This is the period when a lot of people feel like they’re the worst version of themselves and that they may never be happy or be able to find true love again.

This depressing feeling may get worse if you’re super sensitive because every love song will somehow remind you of your ex and your past relationship. 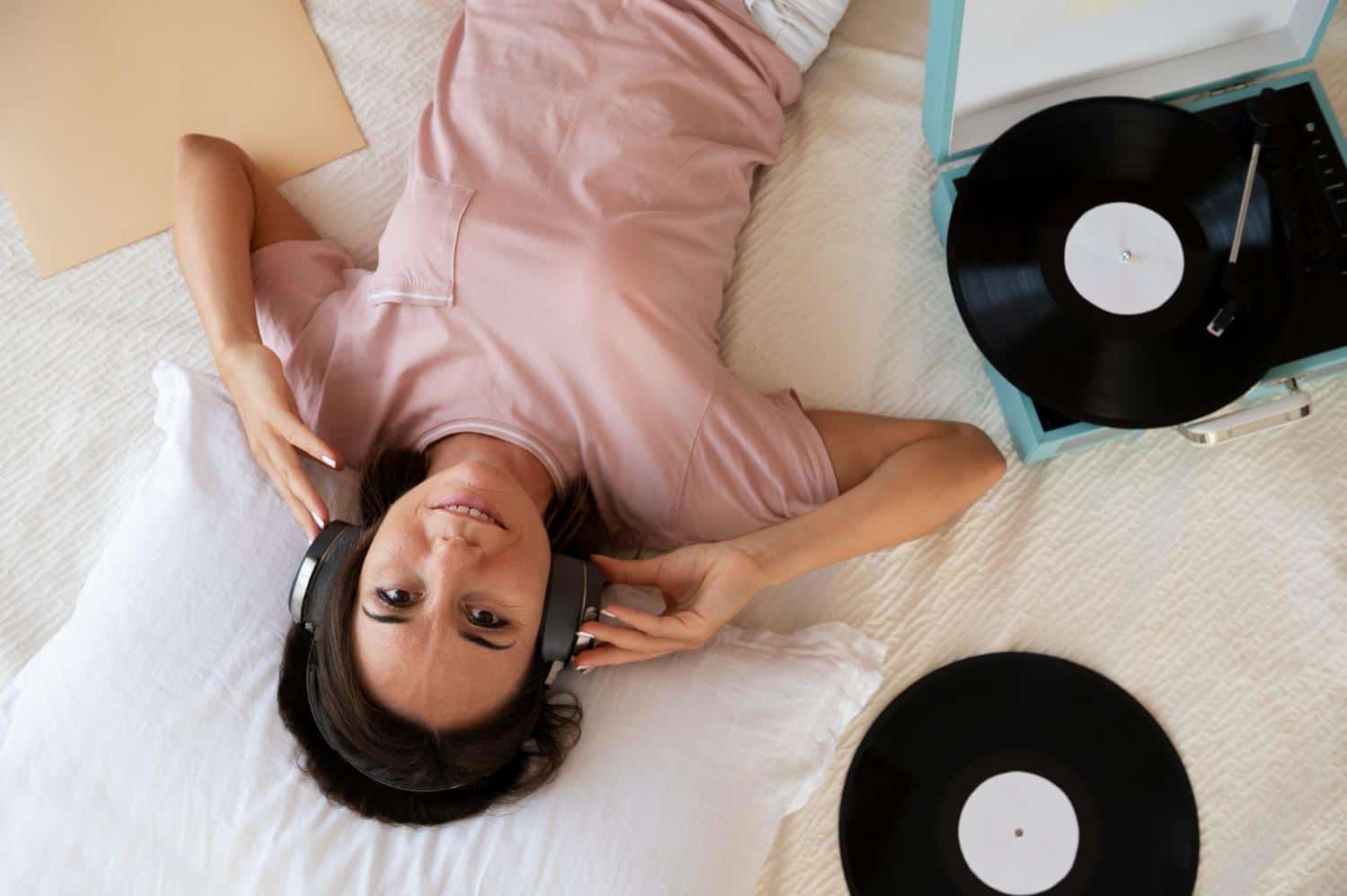 For a lot of people, the end of a relationship can feel like the end of their world especially if it’s their first time experiencing an influx of negative feelings and overwhelming emotions.

The only thing you’re interested in doing in this moment is to lie down in bed and cry your eyes out but neglecting other parts of your life is not a good idea.

Going through a relationship breakup can be a really tough time because you’ll feel sad, lonely and depressed unless you do something empowering to get your life back.

Fortunately, there are different ways to get over a breakup. Some people use self-love affirmations, motivational quotes, funny videos or uplifting songs to get over someone and move on from a broken relationship.

Instead of using drugs, alcohol or other harmful substances to numb your emotions, a better way to let the negative feelings flow out is to listen to plenty of songs to help you mourn and heal faster.

195 POWERFUL SONGS TO GET OVER A BREAKUP

According to relationship experts, a lot of people admit that the best thing they do to heal after a heartbreak is listening to a sad song repeatedly or singing songs about other people’s love lives.

This method works because music is the best medicine for a broken heart or a crushed soul. Listening to songs remind you that you are not alone and that you can overcome a breakup no matter how awful you feel at the moment.

To help you deal with the hard feelings you’re struggling with, I’m going to give you a list of the best heartbreak songs you can listen to after a breakup.

Whether you’re in the midst of a breakup or trying to get over an ex, you’ll find the perfect song to sing to at the top of your lungs.

If you’re in the mood for some healthy distraction, play some of your favorite songs, hit the dance floor and shake off the negative vibes.

Here are some of the best songs to get over a breakup fast and move on with your life. You can easily look them up on Google, YouTube, Spotify or Apple Music. 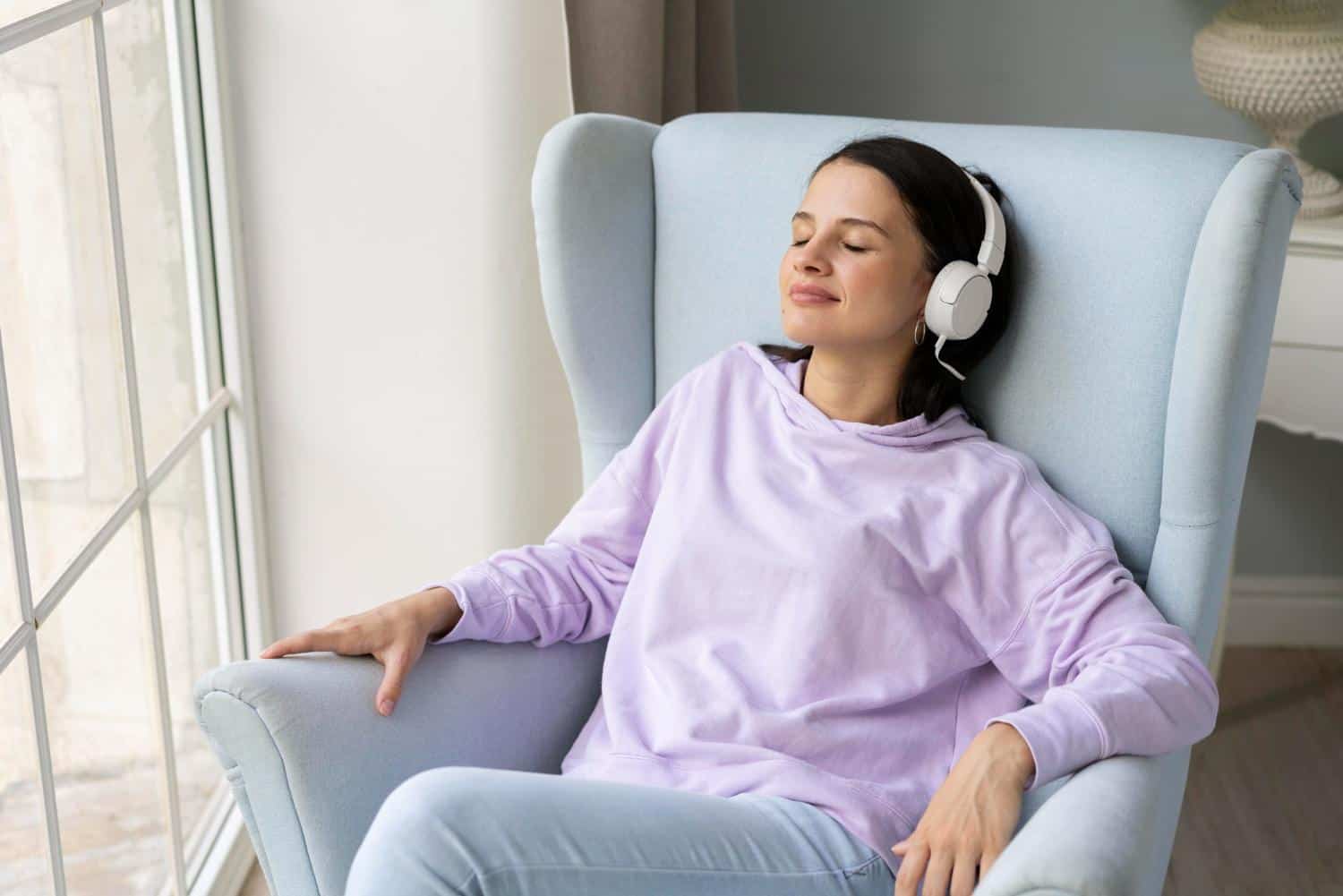 If you’re looking for popular songs about breaking up with someone you still love, these are some of the greatest breakup songs of all time.

1. “We Belong Together” by Mariah Carey

2. “I Will Always Love You” by Whitney Houston

5. “We Don’t Talk Anymore” by Charlie Puth and Selena Gomez

6. “Love Yourself” by Justin Bieber

7. “It’s All Coming Back to Me Now” by Celine Dion

8. “Try Sleeping With a Broken Heart” by Alicia Keys

9. “The Scientist” by Coldplay

13. “Because of You” by Kelly Clarkson

19. “Yesterday” by The Beatles

20. “I Will Survive” by Gloria Gaynor 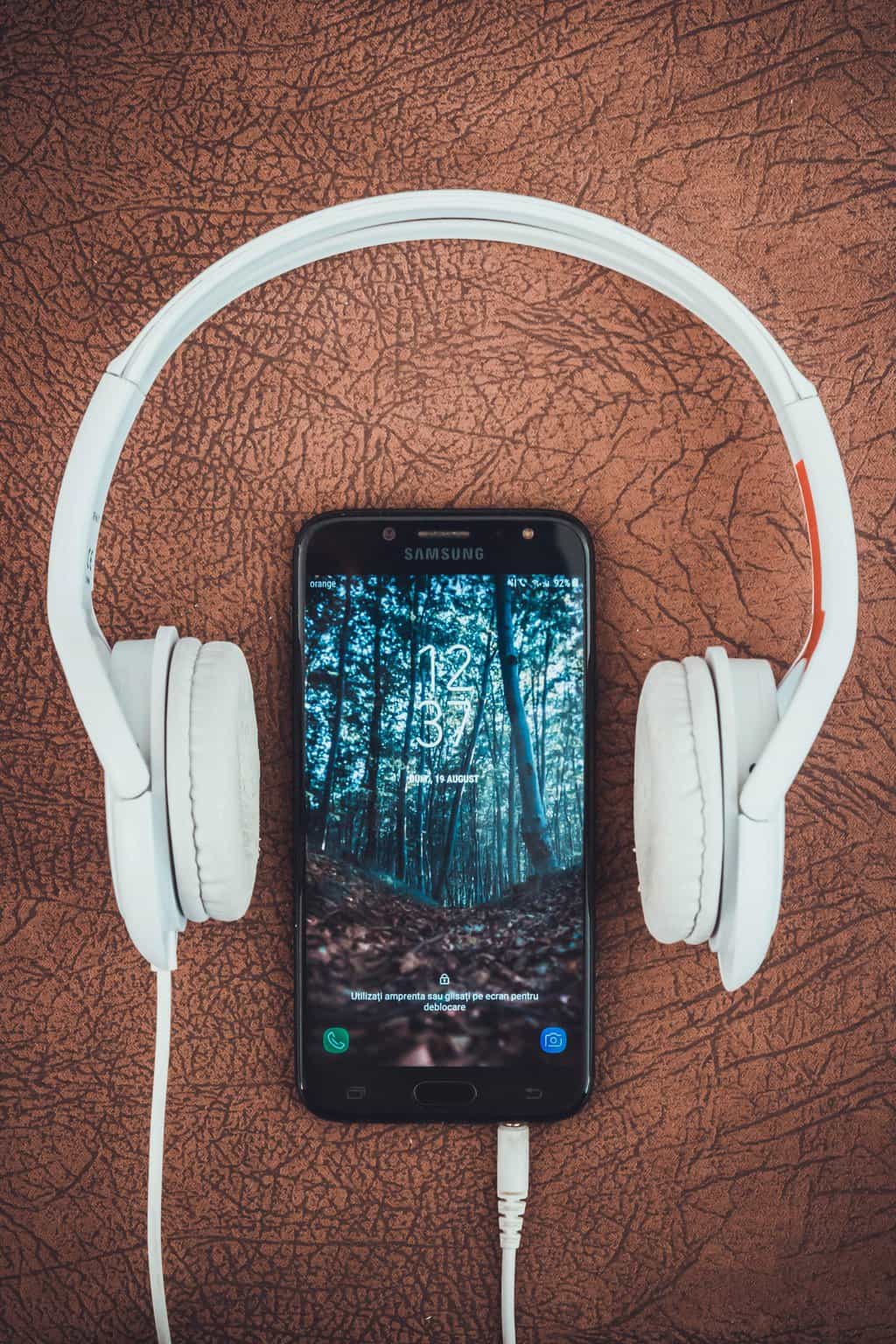 If you feel like screaming at your ex or plotting the best revenge ever, these angry breakup songs will accompany you during your breakup recovery so you don’t do something you’ll regret later.

26. “Before He Cheats” by Carrie Underwood

27. “Since U Been Gone” by Kelly Clarkson

29. “You Oughta Know” by Alanis Morissette

30. “We Are Never Ever Getting Back Together” by Taylor Swift

35. “Somebody That I Used To Know” by Gotye ft. Kimbra

37. “Dreaming With a Broken Heart” by John Mayer

44. “Bust Your Windows” by Jazmine Sullivan

50. “Picture To Burn” by Taylor Swift

54. “I Hate Everything About You” by Three Days Grace 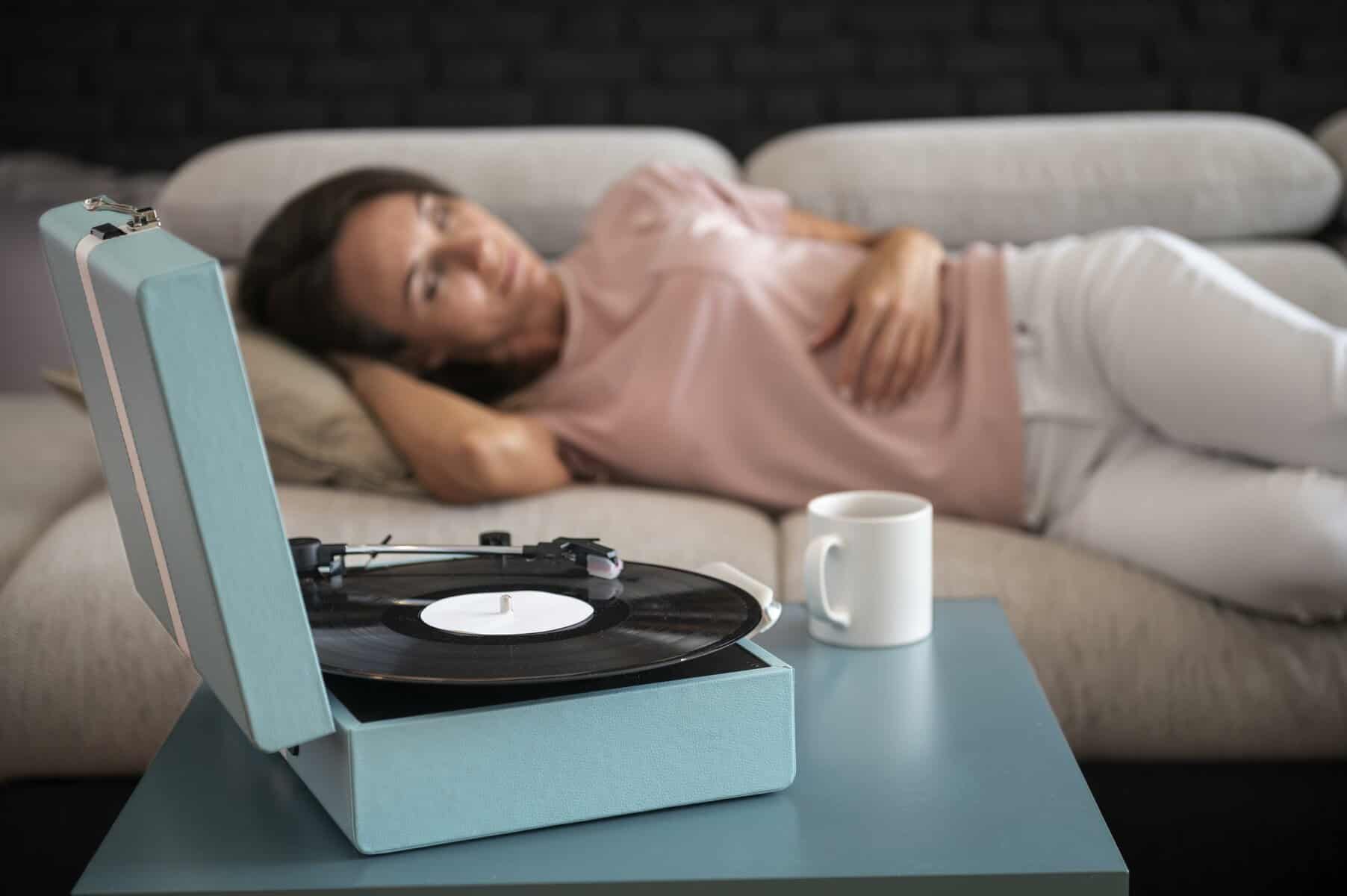 Sometimes the fastest way to let go of someone who dumped you is to listen to a sad love song, cry your eyes out on your bed and allow yourself to mourn the loss.

If you’re struggling to get over a breakup, these are the some of the best breakup songs for when you just need to have a really good cry over your ex.

56. “Tears Dry On Their Own” by Amy Winehouse

60. “Why Does It Hurt So Bad” by Whitney Houston

61. “What Hurts The Most” by Rascal Flatts

66. “Every Little Bit” by Alicia Keys

67. “Say Something (I’m Giving Up On You)” by A Great Big World ft. Christina Aguilera

74. “Nothing Breaks Like A Heart” by Mark Ronson ft. Miley Cyrus

76. “Goodbye My Lover” by James Blunt

79. “So Long, Marianne” by Leonard Cohen

81. “Total Eclipse of the Heart” by Bonnie Tyler 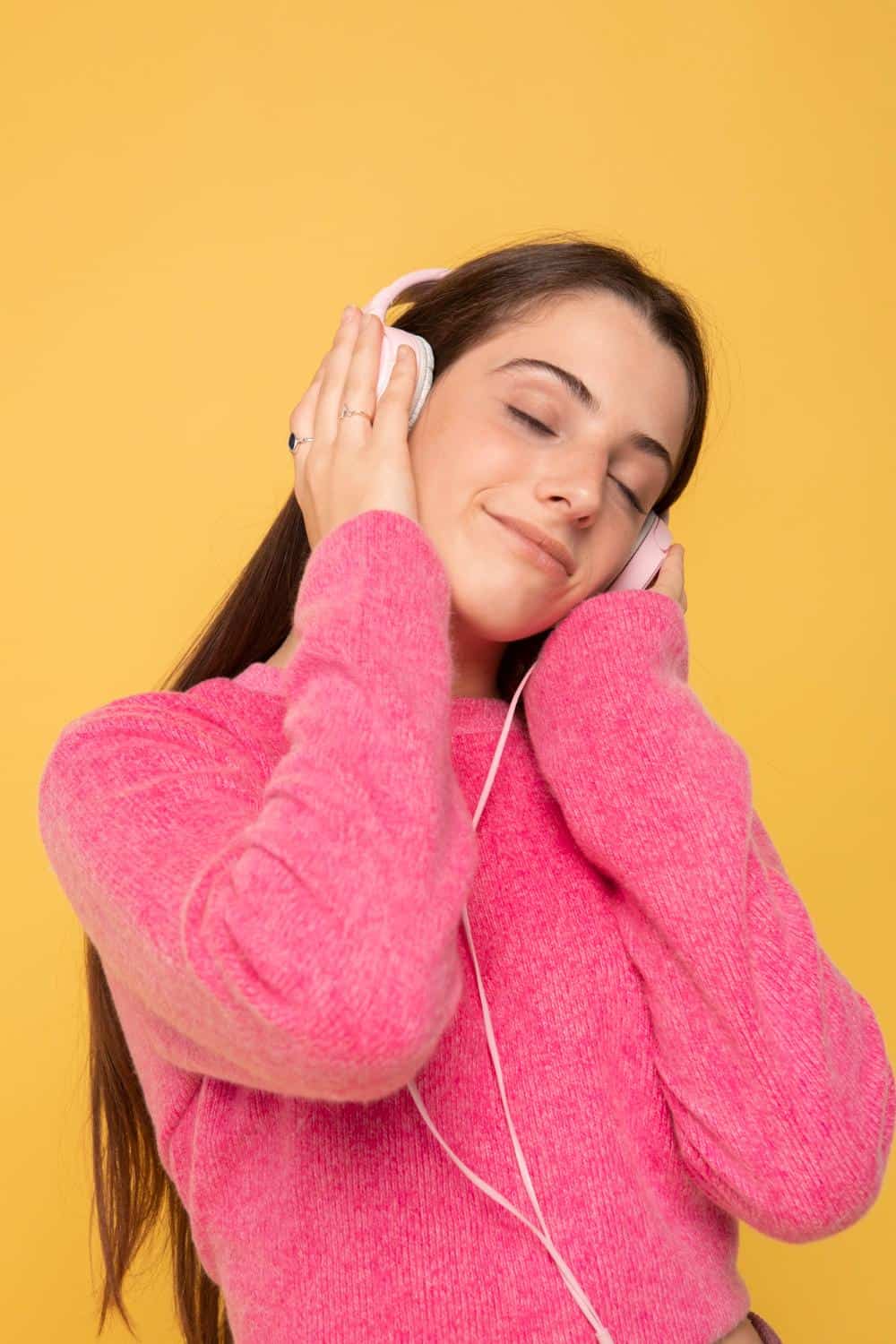 Do you need uplifting breakup songs that can make you feel better? If you’re looking for the best songs to listen to after a breakup, here is a list of positive breakup songs to give you the courage and strength you need to get through a bad breakup.

87. “Cry Me A River” by Justin Timberlake

92. “Stronger (What Doesn’t Kill You)” by Kelly Clarkson

102. “Tonight I’m Getting Over You” by Carly Rae Jepsen

108. “My Favorite Mistake” by Sheryl Crow 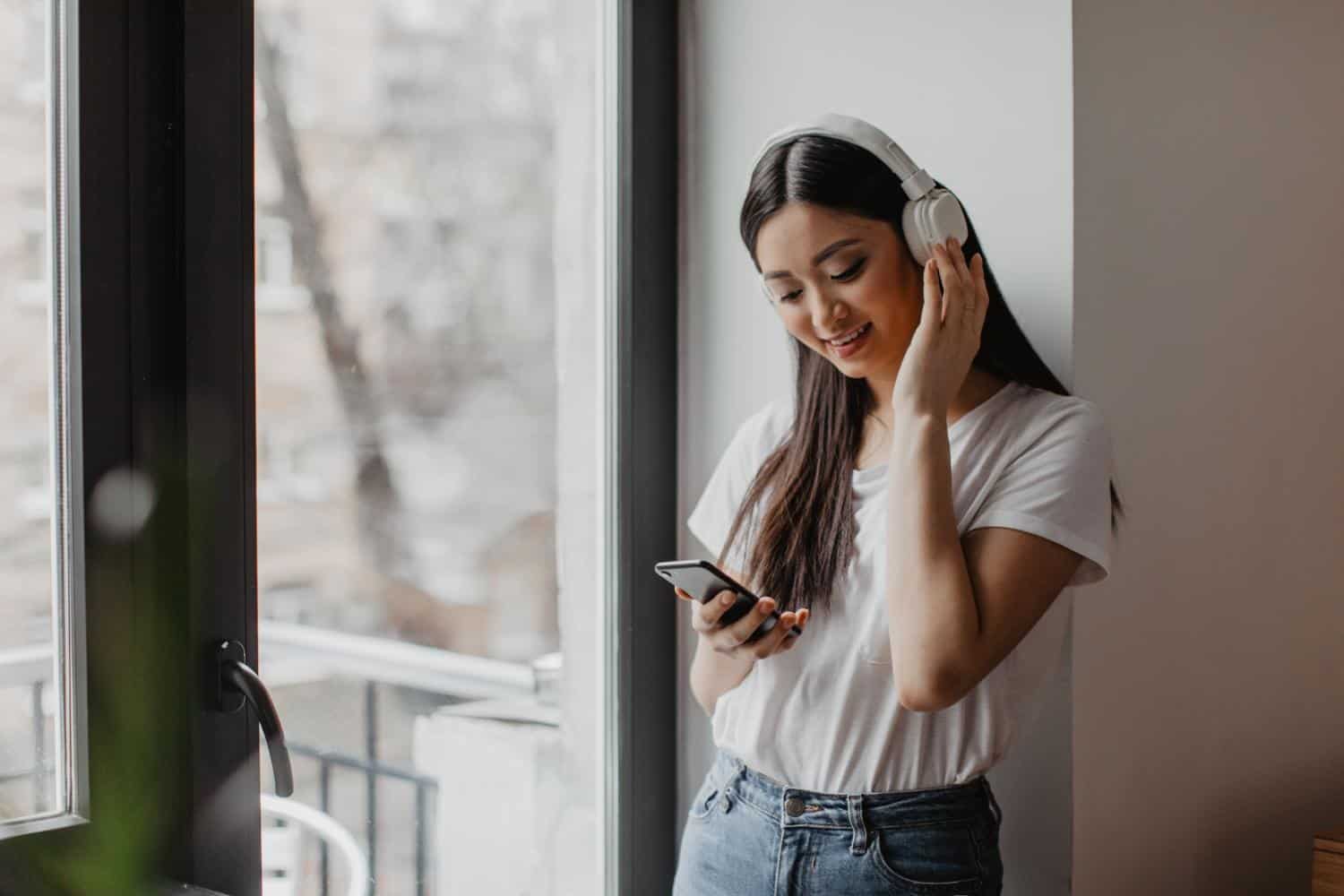 Artists like Chris Brown understand what it means to survive a devasting breakup. If you’re looking for a shoulder to cry on tonight, here are some heartbreak songs to cry to while you’re still mourning the loss of the love of your life. 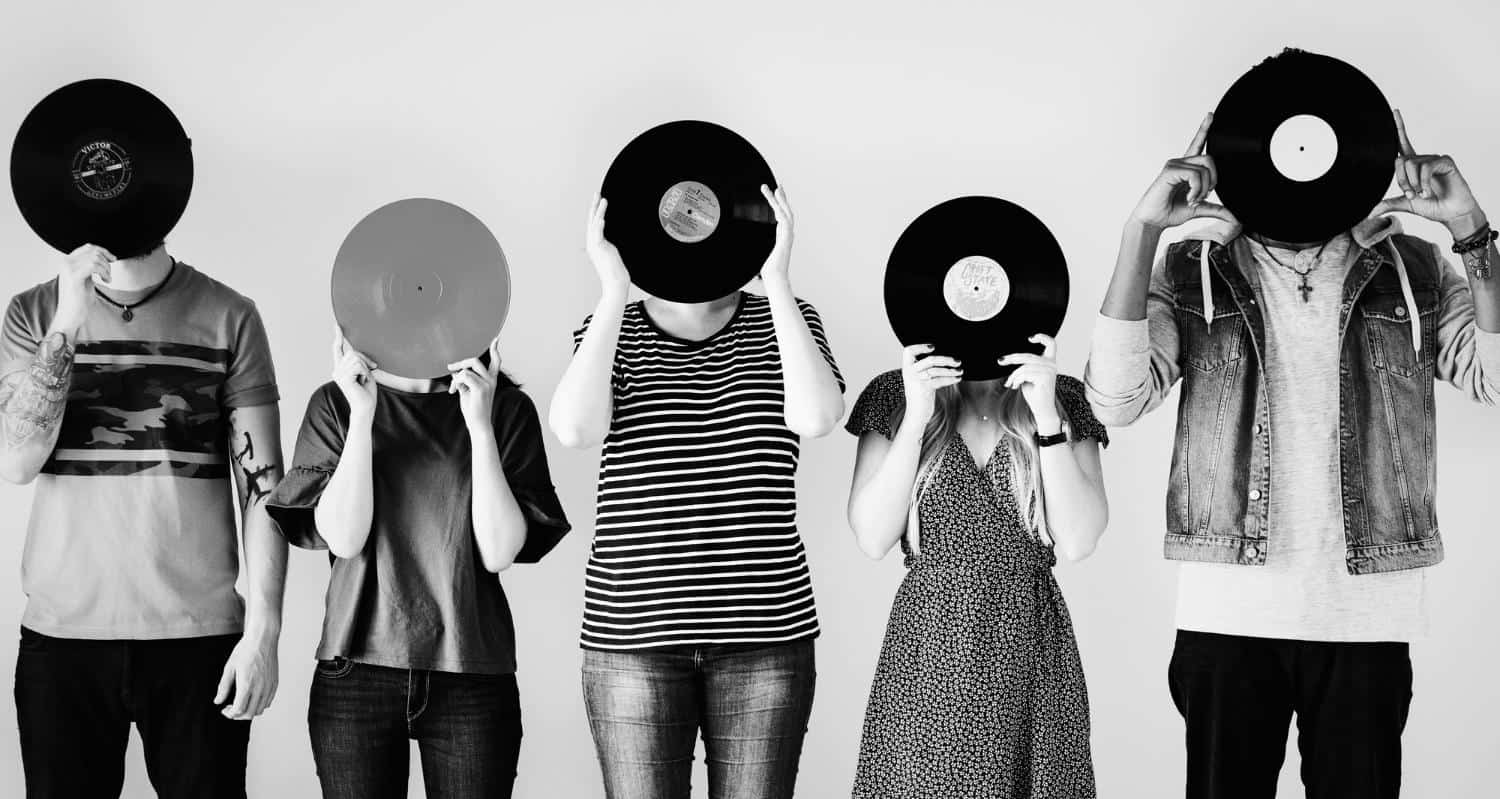 BREAKUP SONGS OF THE 90s

Do you love to sing along to the oldies? Some of the best songs we sing today were sung several years ago and they’ll be passed on from generation to generation. Lift up your mood with these classic oldies songs from the 90’s. 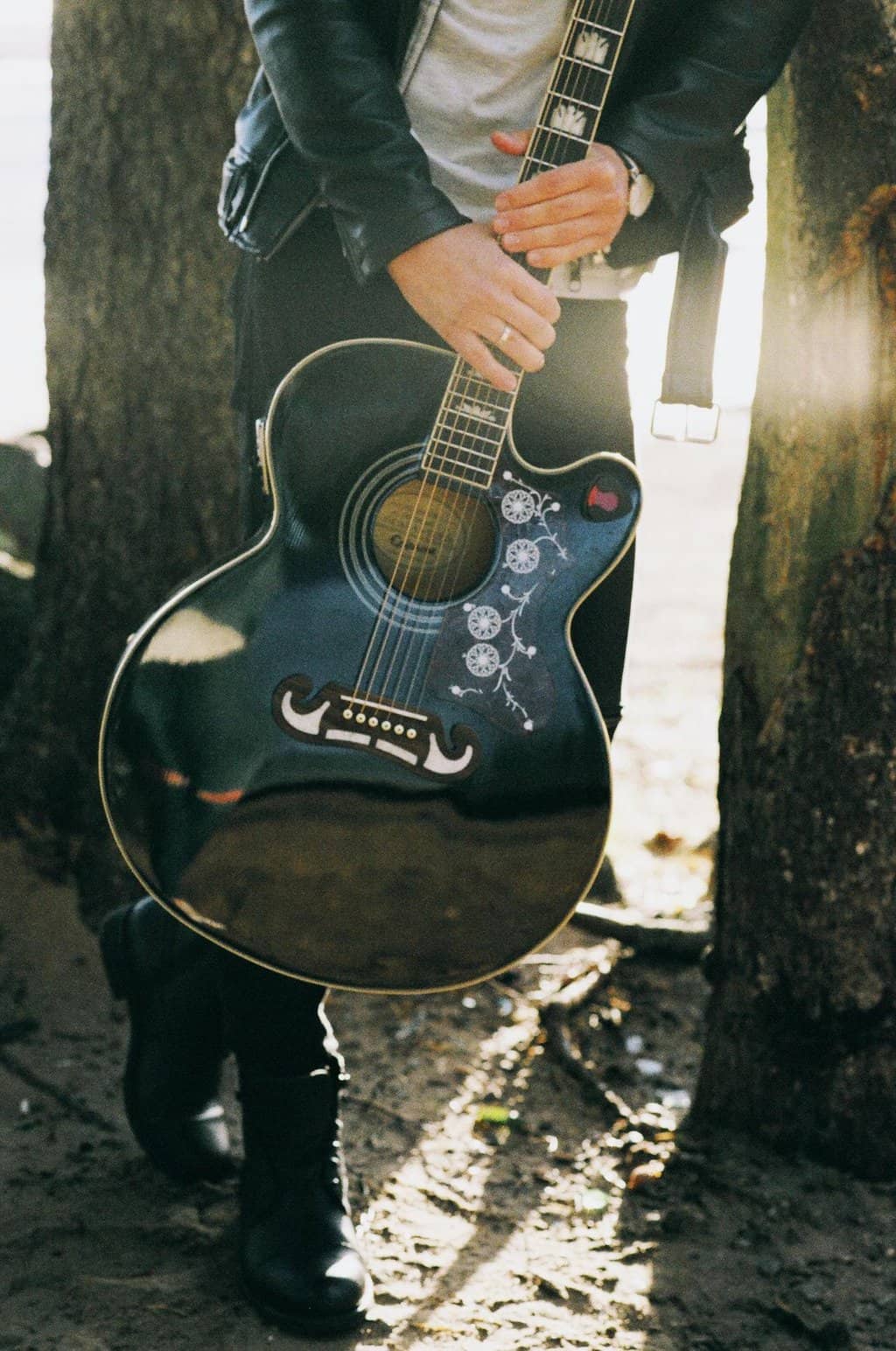 Whether you’re a fan of indie rock or pop rock who enjoys singing out loud during live concerts of your favorite bands, you’ll find these classic rock breakup songs comforting.

153. “I Just Don’t Know What to Do With Myself” by The White Stripes 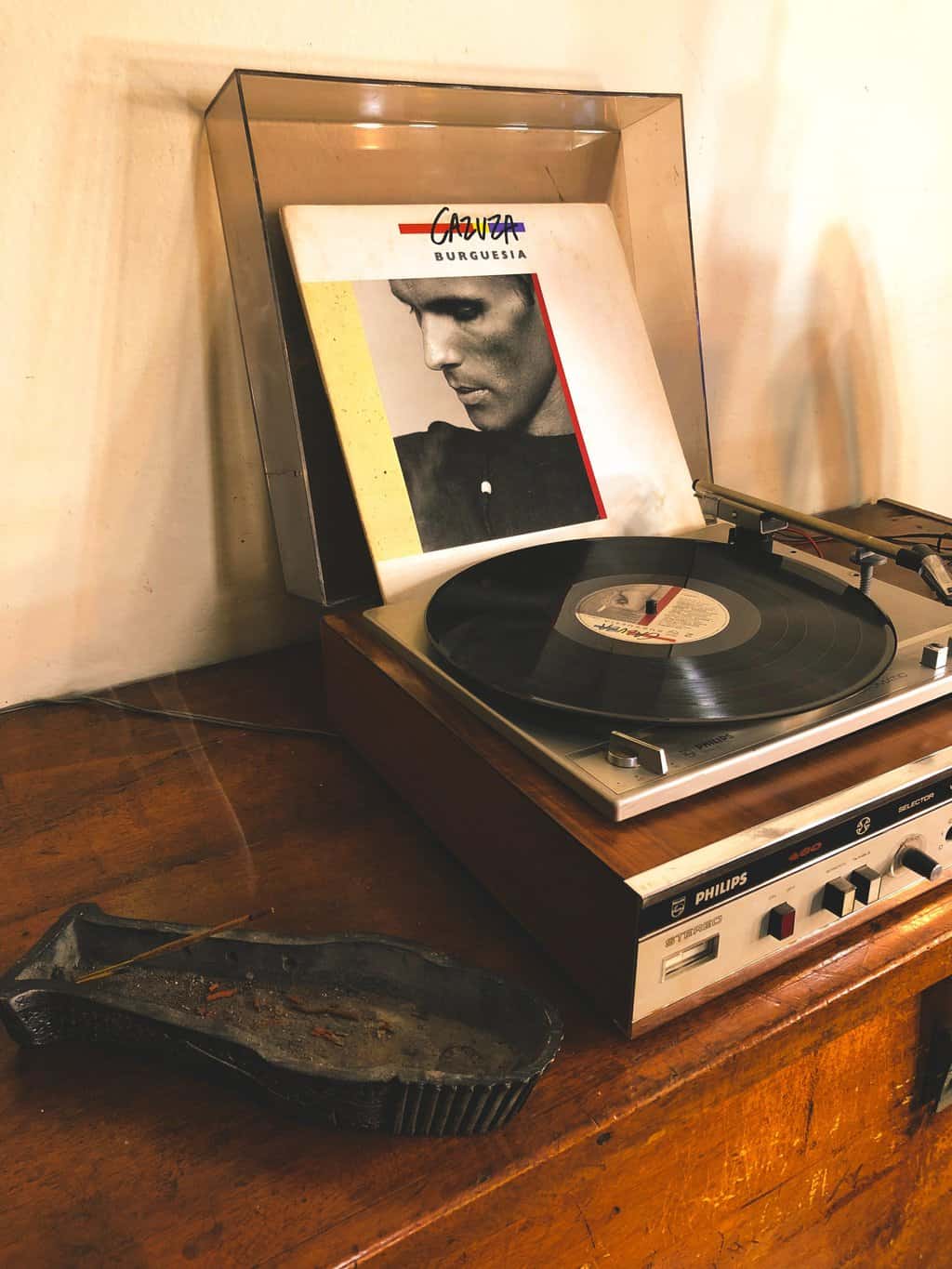 BREAKUP SONGS OF THE 80s

Tired of listening to modern day music? If you’ve got an old soul, you’ll appreciate these 80s breakup songs about lost love. 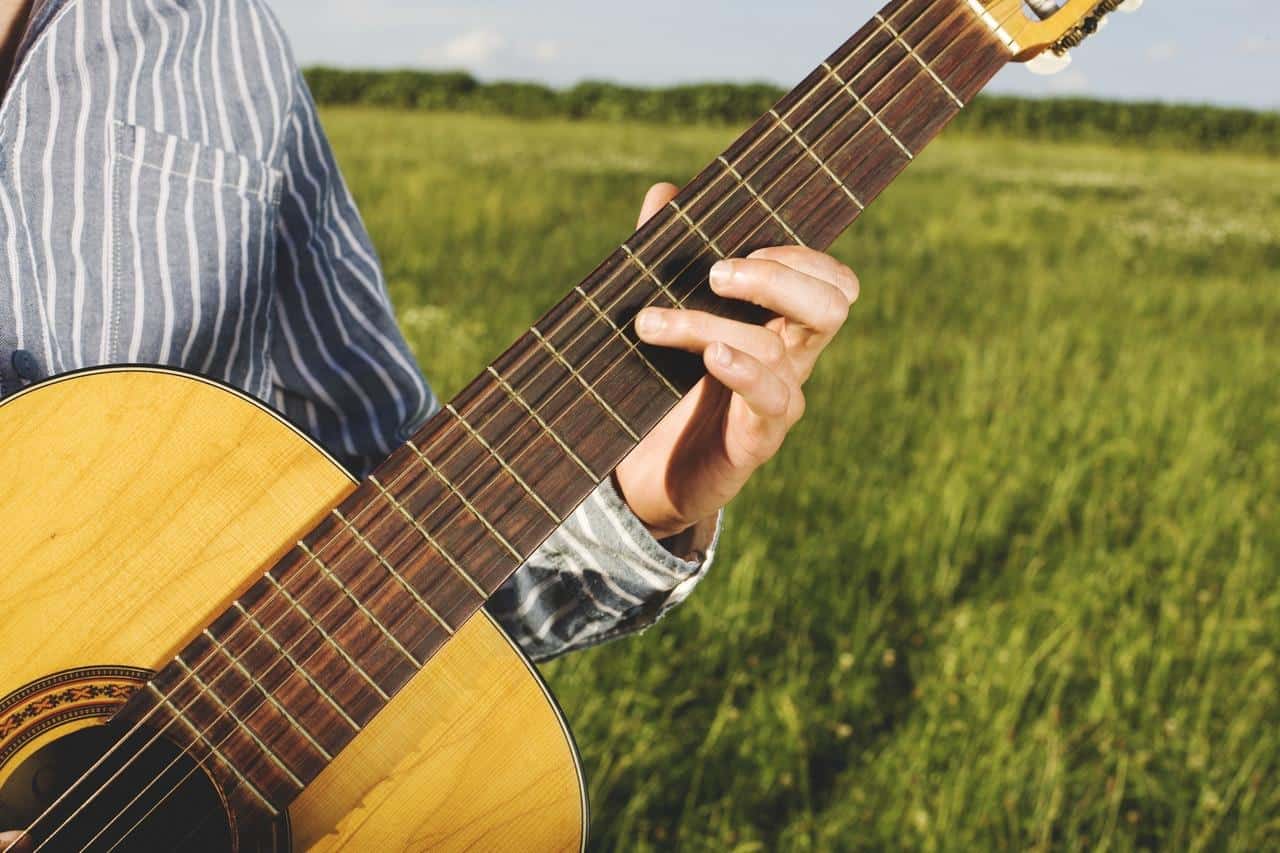 Looking for the perfect country song to listen to after a breakup? If you prefer soul music that heals, you’ll find top country songs for a broken heart on this list.

183. “Keep It To Yourself” by Kacey Musgraves

186. “Every Time I Hear Your Name” by Keith Anderson

188. “Settle for a Slowdown” by Dierks Bentley

189. “Blame It on Your Heart” by Patty Loveless

195. “Didn’t You Know How Much I Loved You” by Kellie Pickler 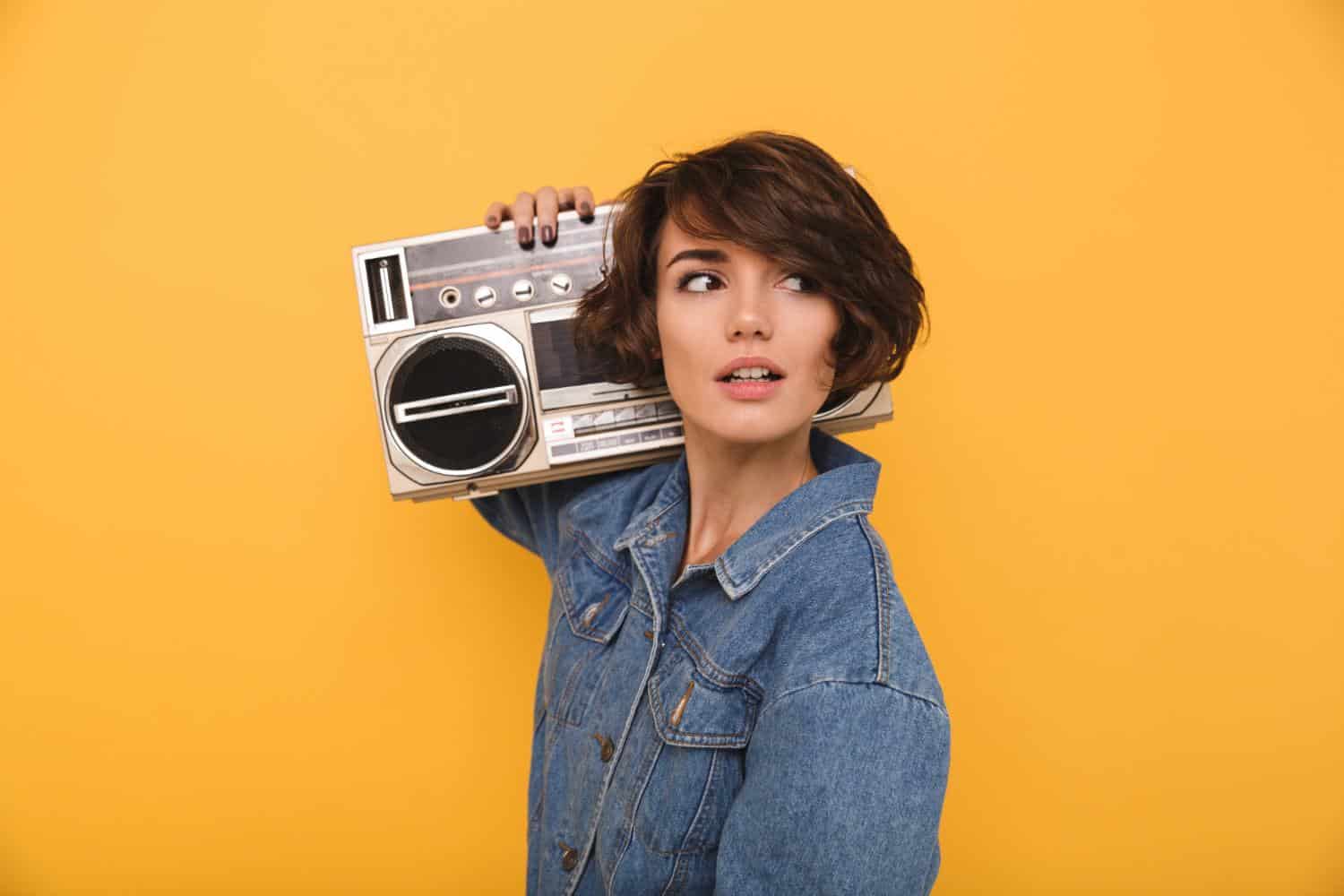 I’ve given you a complete list of some of the best breakup songs ever that can help you get through a breakup fast.

Whether you’re looking for depressing breakup songs, good country breakup songs or the best songs to get over a breakup quickly, you’ll find something to soothe your soul and mend your broken heart.

How To Get Over A Breakup Fast & Move On Easily 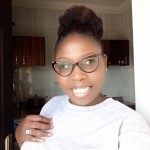