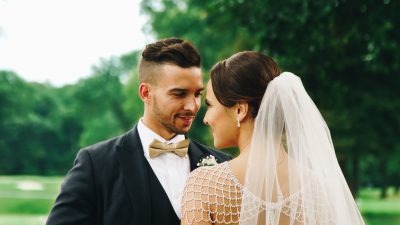 These are the possible questions that could run through the mind of a lady faced with the choice of selecting the most suitable life partner.

At the age of 16, young girls have the perfect picture of the man they would likely end up with. Their diaries usually contain a list of traits or features the dream guy should possess.

“My dream guy should be tall, dark and handsome. He must be romantic, caring and rich. He should have a nice job, a big house, and a beautiful car.

This is just an example of a young girl’s expectations at age 16.

Now, that young girl has grown into a pretty lady with suitors clambering for her hand in marriage. She is suddenly confused and overwhelmed. She thought she had everything planned until now.

And she is faced with making one of the most important decisions in her life; choosing the right man to marry. How would she know the right partner among these admirers?

Mr Christian who is a rich business tycoon with an abominable pot belly; Nick, an engineer who works for an oil company and doesn’t know how to speak proper English; Stanley who is a school teacher and Josh, her boyfriend who is still struggling to find a stable career.

Of course, her parents want her to marry Mr Christian, the businessman who will help them end their financial problems but her happiness lies in the arms of her beloved Josh.

The last time he came near the house to ask her parents to be patient with him; they all turned their faces to the wall.

After his long speech, he was asked to carry his poverty-stricken life out of their house and never return.

She is just 23 years old and her parents are already eager to ship her off to a man’s house simply because they want an end to their financial instability.

She has always been willing to do anything to help her family but this time around, they have gone too far; they are asking for too much. The pressure keeps increasing daily and she’s going crazy.

They even gave her an ultimatum; she had to give them an answer by next month. Her nights are full with worries and nightmares.

If she marries Mr Christian, she won’t lack a thing and her parents would be off her back but will she ever be happy with him?

Nick isn’t such a bad idea but she has absolutely no feelings for him and he isn’t even her type. Stanley is really nice but he doesn’t just fit into her picture of Mr Right.

Her friends keep saying she’s too picky but she knows she is just indecisive and confused at the moment. How did she even get here? The whole world has suddenly turned against her.

Are you facing similar challenges in choosing the right man to marry? Are your parents trying to pressure you into marrying someone you don’t love?

Do you feel you might make the wrong choice? Let me give you a few tips for choosing the right man to marry:

10 TIPS FOR CHOOSING THE RIGHT MAN TO MARRY 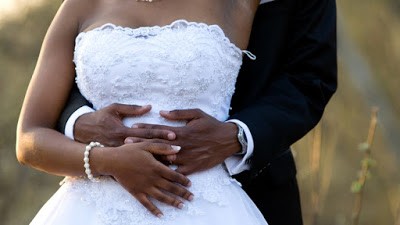 #1. Marry someone who knows you like the back of his hands:

Dating someone is a normal process for everyone but really connecting with someone is a rare gift that most people don’t possess.

Marry a man who knows when you need a hot bath after a long day and not angry words. Settle down with that man who knows what you’re going to say even before you say it.

If you find a man who knows you like the back of his hand, don’t let him pass you by.

Only real men know the value of a good woman when they see one.

Marry that man who sees you all sweaty with your hair strewn all over the place and still says “Baby, you look beautiful” because he sees beyond your physical beauty.

He knows that you’re even more beautiful beneath and he appreciates you just the way you are. Marry a man who doesn’t get mad at you for being you.

He knows how crazy you can be but he still sticks with you. Settle down with a man who knows how to handle your madness whenever it shows itself.

Walk down the aisle with a man who can jump through fire for you; wait for that man who can lay down his life for you just because he loves you.

Marry that man who can’t live without you even for a second; tie the knot with a man who loves watching you sleep and listening to your heartbeat.

Stick with a man who loves you from the depths of his heart and is not afraid to say it to you every day.

Remain with a man who sees your sleepy face in the morning and still kisses it because he is happy to have you by his side.

#4. Settle down with someone you truly love:

Sometimes, we find a man loves us so much but we simply can’t reciprocate the love. When you find that person who makes your heart beat a thousand times faster, marry him.

Choose a man who gives you a hundred butterflies in your stomach and a million goosebumps on your skin each time you see him.

Settle down with someone who makes your world go round; that person whose presence brings immeasurable joy to your heart.

A friend is someone who is always there for you through thick or thin. If you find a good friend who adores you, marry him.

When love fades, friendship is the only thing that keeps a couple going until they fall in love with each other again.

Marry a man you can freely talk about a lot of things; someone you can share your joys and sorrows, successes and failures with. 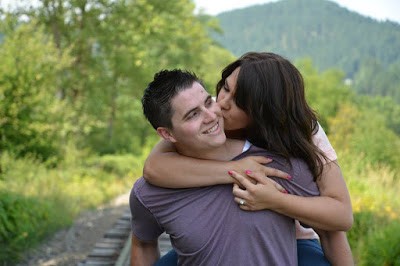 #6. Get married to a man who knows all your flaws:

Love is seeing all the flaws in someone and saying “You’re weird but I still love you”. If you find a man who tolerates all your flaws and still tells you he loves you, walk down the aisle with him.

We all have our bad days and it is only our loved ones who know how to manage our inadequacies. If your man hears you burping loudly and he just laughs over it, stick with him.

Happiness is something that can never be bought with money.

There are many wealthy couples who have everything they could ever ask for but they are still unhappy. Marry someone who creates time to make you smile and laugh like a hyena.

Whenever he is around, you can’t help but laugh out loud. Hearing his voice alone makes you smile. Marry that man who goes out of his way to make sure you’re comfortable and happy.

#8. Choose a man who brings out the best in you:

We meet a lot of people during the course of our lives but only a few have a lasting impact on us. When you find a man who encourages you to be the very best in your chosen career or field, marry him.

Choose that man who isn’t intimidated by your success and growth. Stay with a man who enjoys helping your career grow because he knows how happy you get when you succeed at something.

#9. Marry a man who is God-fearing and hardworking:

The fear of the Lord is the beginning of wisdom. When you meet a man who serves the Almighty God with his whole heart, marry him because he is a wise man.

Marry a man who doesn’t forget to help others in need because of his kind heart.

When God becomes the center of your marriage, nothing can destroy it. Marry a God-fearing and hardworking man who knows that his duty is to provide for his family at all times.

When you meet a man who gives you a reason to smile every day, marry him. A soul mate is someone who connects with your soul and not just your body.

He understands you perfectly and he knows when something is wrong with you because he automatically senses it.

Your happiness and well-being are his only concerns and he would do everything in his power to keep you happy. Marry a man who makes your life complete.

Choosing the right man to marry can be challenging but with these tips, you can make the right choice.

Marriage isn’t a child’s play. Marriage only begins after the wedding ceremony when all the guests return to their various homes and you’re left with one man for the rest of your life.

When all your kids grow up and leave the nest, the only person you will have left will be your spouse and not even your parents.

No matter the pressure, remain strong. Don’t let anyone force you into marrying someone you don’t love.

Follow your heart and marry your heartthrob. Marriage is for a lifetime and your parents won’t be there for you when you become unhappy in your marriage.

Never let a third party decide for you; you’re the only one who knows what you want.

7 Obvious Signs You’re Not Compatible with Your Partner

7 Clear Signs He Doesn’t Want to Marry You